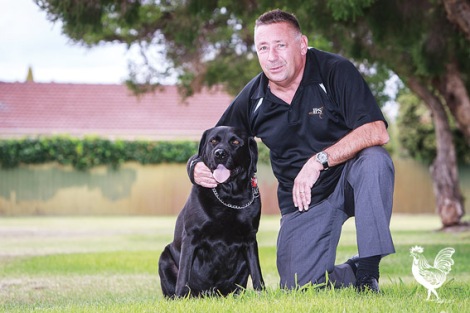 DOG lovers may soon have to leash their pooches in Robert Thompson Reserve, as Bayswater city council reviews exercise areas across the city.

The installation of a playground, paths, benches and BBQs had changed the reserve from “passive” to “active” recreation, a council review had concluded.

“Robert Thompson Reserve is classified as dog-friendly but I think there are too many kids playing there for it to be safe—it’s like a large children’s playground,” Cr Alan Radford said.

Maylands and Embleton golf courses are also set to have their playing areas changed from on-lead to no-dog zones.

The city-wide review was prompted by confusion over whether Holden Reserve in Noranda was an on- or off-lead reserve.

For years local residents, including Cr Mike Anderton, have been letting their dogs run around the reserve unleashed and were surprised when rangers last year started ordering them off the reserve.

“The attitude of some of the council rangers was a bit off,” Cr Anderton told the Voice.

“They descended on the reserve and started ordering people off in a rude manner.”

Noranda’s Louis Marcus says he’s been exercising his dogs at Holden Reserve for 20 years without problem.

The council is planning to amend local law at Holden Reserve and make it an official off-lead area.

Dog owners in beachside Cockburn in Perth’s south have lobbied their council to fence off a park so pooches can run unleashed. The concept has proven to be hugely successful in places like Washington Square Park in New York’s Greenwich Village, which has two fenced-in areas (keeping tiny rat-like dogs separate from normal pooches).

Of the 167 reserves across Bayswater, 38 are nominated as off-lead, 120 on-lead, and three prohibit dogs altogether.

Around 5568 people are registered as dog owners within the city. Council voted on the dog review Tuesday night (after the Voice went to press early because of Easter).