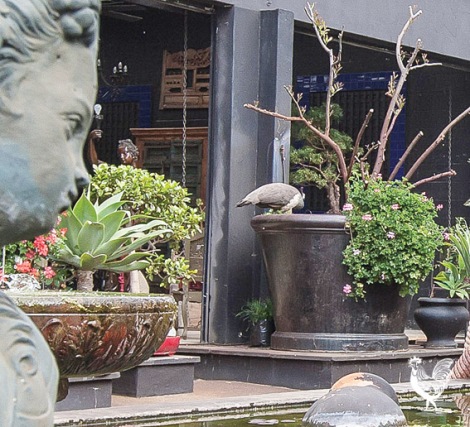 RANDY peafowl having noisy sex at a Mt Hawthorn cafe could be forced to get a room.

Residents living close to Casa Bianchi have lodged complaints with Vincent city council because the frisky fowl keep them awake with their loud love-making.

Mayor Alannah MacTiernan says the amorous birds may be removed from the cafe’s gardens during mating season.

“We are currently negotiating with the cafe and their neighbours to try and reach a compromise,” she says.

“I think the birds are beautiful and lovely to look at. One possible solution is removing the birds during the mating season, so they can go on a holiday and enjoy themselves elsewhere.”

Casa Bianchi, a boutique nursery and cafe, is located on Scarborough Beach Road.

According to a council insider, muffled squawks and moans were heard emanating from the chamber.