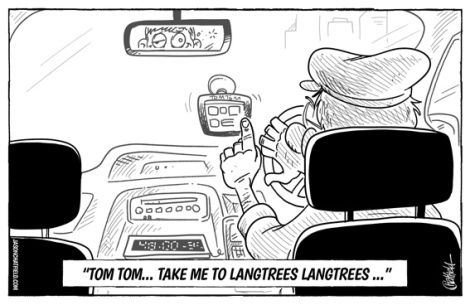 No Moore discrimination
THE federal Liberal candidate for Perth, Darryl Moore, is “mystified why so many people are interested in same-sex marriage” (Voice, July 21, 2013).
Mr Moore, how would you feel if your country denied you the right to marry the person you love, the person with whom you share the most important part of your life?
Lack of marriage equality directly affects the lives of many voters, their families and friends.  The Liberal Party refuses to acknowledge and accept the fact that same-sex marriage is supported by a majority of Australians.
Legal recognition of same-sex marriage is a change that is opposed by a dogged minority, whose lives will not be adversely affected in any way when it comes to pass. Marriage equality is a human rights issue in which Australia lags embarrassingly behind a rapidly growing list of other nations.
Need I go on?
Jeff Hughes
Haig Park Circle, East Perth

Ravenous for more rates
RE: “Mini blocks spook Vincent” (Voice, July 21, 2013). The City of Vincent could oppose or compromise, but it is greedy for rates, which is the truth of the situation.
No thought of what we want, no preservation of ensuing trees, no thought to parking and bins on verges. And will it spend extra money coming in on underground power? No.
Robert Hart
Anderson St, Mt Hawthorn
The Ed says: Local elected councils have less and less say about these issues, Robert. Developers often appeal unfavourable decisions to the unelected SAT (and get sympathetic hearings) while decisions on big developments are now made by the unelected DAPs. The days of local communities determining their own local planning amenity are over.

Moore info please
IT is good that federal Liberal Perth candidate Darryl Moore has finally made clear his strong opposition to marriage equality. However, he has not fully explained himself to voters.
Opposition leader Tony Abbott has said his party-room will decide the issue of a conscience vote on this matter after the election. That means if Mr Moore is elected as the Member for Perth he will have a say later this year on whether or not the cCalition will allow a free vote for its members, just as the Labor Party already does.
The voters of Perth now know Mr Moore will personally vote against same-sex marriage, but he has not said whether he supports a free vote for his colleagues. Where does he stand on that?
I call on Mr Moore to make his position clear before the election.
Brian Greig
WA Convenor
Australian Marriage Equality
Whatley Cres, Bayswater
The Ed says: Mr Greig is a forme Australian Democrats senator and before that was a Vincent town councillor.

Going cold chookey
‘TIS many a floating moon since last we found a Voice in our letter box. Come Thursdays and there’s a trudge down to the basket put out by Actons the Blessed.
Ron Willis
First Ave (east end south side), Mount Lawley
The Ed says: We’ve put distribution on the case, Ron.

Magic million
I SUGGEST for starters that Ron Willis and his concerned “Voicelanders” (Voice, July 21, 2013) get behind the City of Stirling’s “Million Tree Initiative” and, after they have exhausted their efforts with this, they can get involved with the city’s “Adopt a Park” program.
If every resident ensured there was a street tree or two outside their house and nurtured the tree until it established itself, a big battle would be won. I have encouraged Stirling to market its million tree initiative plan through schools by encouraging students to get their families involved.
Another incentive could be to give a small rates rebate to local property owners if a tree is still in place and growing, say after three years.
I am a big supporter of putting trees back and local councils should undertake a street tree audit and replace missing trees.
I do not, however, believe we need another “Big Brother”—a state watchdog for trees.
Ron, take up my offer for a coffee and I will take you through step-by-step my dealings with the local councils about trees and greening of the area.
Michael Sutherland
MLA for Mt Lawley