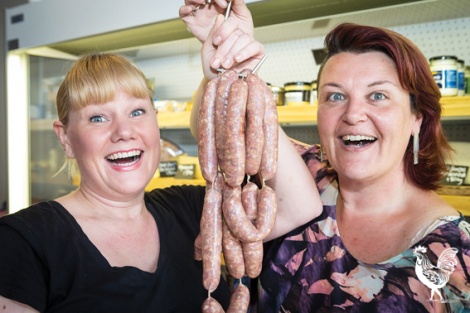 AMBITIOUS plans for a market outside The Rise in Maylands have been scaled back after the venture failed to attract a single sponsor.

The planned market was a joint venture between the Maylands Lions and Events and Beyond company, which had hoped to raise $30,000 for start-up marketing, advertising and logistics costs.

Events and Beyond director Sally Lewis says around 20 local firms, including Bendigo Bank, Dome, LJ Hooker and Harcourts, had been approached but turned down the offer.

“It was very surprising because similar markets in the inner city were easy to attract sponsors for,” she says.

“I think it was a mix of the economic climate and bad timing, but one company did mention they had sponsored the Maylands Street Festival and not got much benefit from it.”

Lions’ vice-president Cathy Ehrhardt says the start-up costs demanded by Events and Beyond had stymied the market launch. The club has since decided to go it alone and submitted a new application to Bayswater city council.

“We’re now planning a weekly hawkers market in the space between The Rise and the Maylands hall,” she says.

“It will have gourmet food stalls and be open between 4.30–8pm every Saturday.

“We have a number of local cafes interested in coming on board, including Smoult’s on Whatley Crescent.”

Ms Ehrhardt says no money will be spent advertising the markets, with the club hoping social media, word of mouth and stories like this get the word out.

But Ms Lewis—who established the successful Subiaco Farmers’ Market and assists with the running of the popular Twilight Hawkers Market in Perth—says professional marketing is essential for new ventures.

“I wasn’t going to just chuck down a handful of stalls and hope for the best,” she says.

“This is stall-holders’ livelihoods we are talking about, it needs to be marketed properly and be done professionally.

The Lions’ application goes before council next month.

Ms Ehrhardt hopes the market will help “clean-up” the area around The Rise, which has been prone to anti-social behaviour including muggings.

One response to “Market hits a snag”