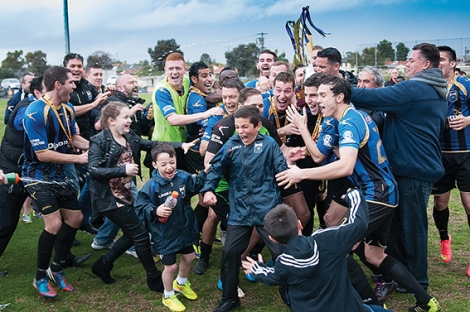 The Black and Blues beat Stirling 2-0 at Macedonia Park to lift the trophy.

Clinical goals from striker Steve Burton and Todd Howarth sealed the win. Bayswater is also top of the national premier league ladder with 44 points, winning 14 of its 18 games.

Gaffer Chris Coyne accepted the coaching job at Baysy on a gentleman’s handshake at the start of last season.  It is the first time he had coached a senior team on a full-time basis.