The word Sukhothai means the Dawn of Happiness. It was the first truly independent Thai kingdom founded in 1238. The Sukhothai period was relatively short-lived but considered to be a golden age of Thai culture and of immense cultural importance to the nation’s history. 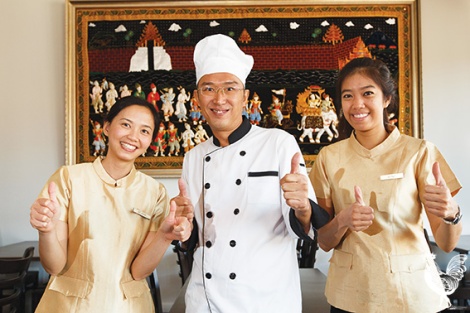 The opening of Bangkok on William heralds a new golden age of authentic Thai cuisine. Thai food devotees may know owner Surachai Suteerawanit’s other eateries – Thai Orchid in Mt Lawley and South Perth and the King & I. It could be said that Surachai has his own Thai kingdom here in Perth!

Diners can enjoy a selection of the most delicious Thai cuisine, including starters such as fish cakes, satay sticks and tom yum soup. There’s traditional melt in the mouth curries including red, green and panang and loads of healthy stir fry options. The roasted duck is pretty spectacular – boneless roasted duck in red curry sauce, with bamboo shoots, pineapple, peas and basil. There’s also Bangkok street-style dishes such as Po Tak – a spicy and sour mixed seafood soup with basil, lemongrass, galangal; lime juice and mushroom. 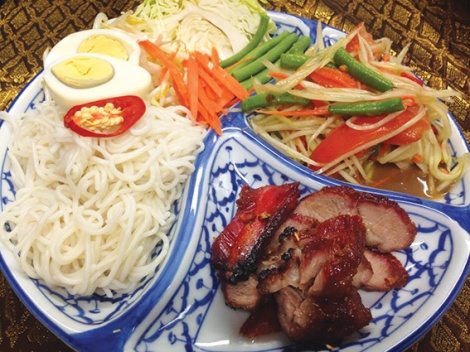 At Bangkok on William, the focus is on fresh, flavoursome, fantastic fare served with famous Thai hospitality. The chef is Thai (naturally), and has over 30 years’ experience, including cooking for two former Thai Prime Ministers and Tiger Woods. The chef’s wife hails from a long line of chefs and cooks northeast-style cuisine such as Kai Yang – grilled marinated chicken and Som Tam – green papaya salad.

For a taste of the exotic without leaving the country, put Bangkok on William at the top of your to try list. Take away and home delivery are also available. Open 7 days 11am – 4pm and 5:30pm – 9:30pm