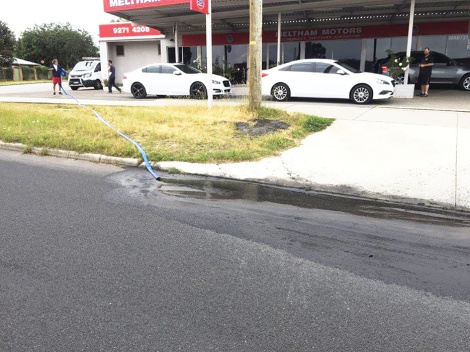 • The sludge being pumped onto Whatley Crescent. 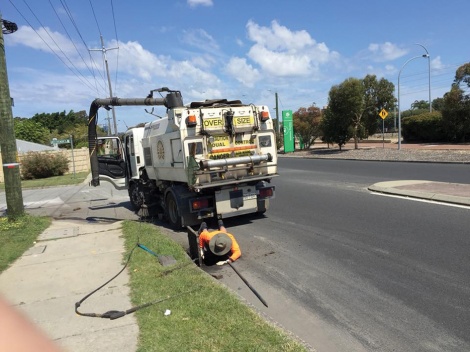 • A Bayswater staffer gets down and dirty to clear the sludge from the storm water drain. 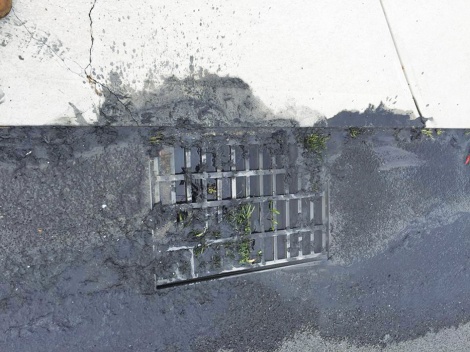 A BAYSWATER garage is under investigation after being spotted pumping a black sludge into storm water drains.

Last Saturday (October 6), environment-loving martial arts expert Charlie Bellamy noticed the sludge, which he described as a cocktail of oil, grease and sand, running along the Whatley Crescent gutter and into drains which end up in the Swan River.

When the local resident traced the pollution back to Meltham Motors, he claims a staff member tried to block him from filming the incident, swore at him and then grabbed his phone.

But Mr Bellamy, who won gold in Muay Thai at the Prince’s Cup in Thailand in 2005, effortlessly took it back without further trouble.

Mr Bellamy says the sludge was so thick it was blocking drains, prompting another Meltham Motors’ staffer to try and clear it by jabbing the grate with a screwdriver.

“The City of Bayswater is doing so much good work… and these guys just go ‘stuff it’.”

Meltham Motors is a member of Car Craft, a national group of car repair businesses that boasts on its website: “All Car Craft Members have been audited for compliance with the national Green Stamp Environmental Management System”.

The website says “all are working towards full compliance” with that accreditation.

Neither Meltham Motors  nor the national Car Craft team got back to the Voice.

Bayswater council sent out workers on Monday (October 8) to try to dredge the muck out of the drains, and mayor Dan Bull says they intend to pursue enforcement action and recover their costs.

The maximum fine for unauthorised discharge is $5000.

“The dumping of unauthorised materials into our waterways is illegal and something the city takes very seriously,” Cr Bull says.

“We have put a lot of effort into revitalising our drainage sites to help improve the quality of water flowing into the Swan River and it is disappointing to see such a careless act undermine this work.

“Pollutants can significantly impact water quality and damage plants and marine life. This sort of behaviour is totally unacceptable.

“Fortunately the city was able to limit the potential impact on the environment in this instance by responding immediately.”