Win 1 of 10 double passes to catch the Righteous and the Wicked live at The Newport, this Thursday 13 December. Be quick folks, entries close today!

THE RIGHTEOUS AND THE WICKED made their debut in December 2016, faithfully performing the Red Hot Chili Peppers’ classic 1991 album ‘Blood Sugar Sex Magik’ for the Newport Record Club. The band has since gone on to play more shows, with a knockout set of hits and fan favourites, including songs like ‘Give It Away Now’, ‘Around the World’, ‘Shallow Be Thy Game’, ‘Breaking The Girl’, ‘Under The Bridge’ and more. 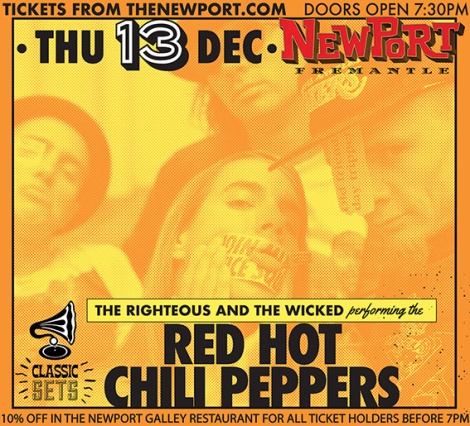 Performed by the Righteous and the Wicked

This competition has now closed. Thank you to everyone who entered.