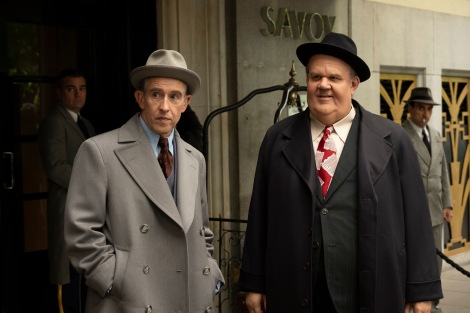 With their golden era long behind them, Stan and Ollie embark on a variety hall tour of Britain and Ireland in 1953. Between personal grievances and dwindling audiences, they face an uncertain future. While the charm of their double-act wins back legions of adoring fans, the duo must pull out all the stops to save their precious decades-long friendship before the final curtain falls.

This competition has now closed. Thank you to everyone who entered.
TERMS AND CONDITIONS: Competition closes 4pm 12.2.19. Winners announced 16.2.19.