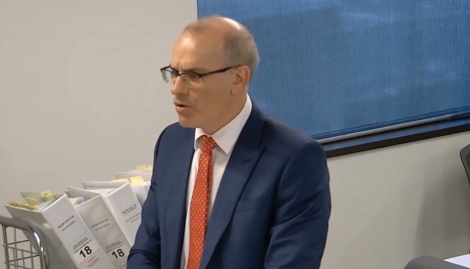 ABUSING expense privileges at the City of Perth was a “fact of life” for at least 20 years a long-time council insider says.

The insider, who requested anonymity, had privileged access to the inner workings of the council, and says staff were aware it occurred but were reluctant to step in.

“For 20 years it’s been allowed to go on and on without anyone having the balls to step in and say ‘this can’t continue’,” they said.

The source said it was blatantly obvious when family and friends were being ushered into the council’s dining room, while staff would have certainly seen some of the more dubious expense claims.

They believe there was a culture of “deference” at the council, and it needed a CEO to make a stronger response and set a standard that showed “no one’s above the law”.

The state-appointed inquiry into the city is only looking at the period from October 2015 to March 2018, but has already touched on the reluctance of staff to enforce the rules.

They did “precious little … preferring to maintain the status quo rather than rocking the boat of some well-fed councillors”, according to Philip Urquhart, counsel assisting the inquiry.

Some councillors maxed out their $12,000 a year dining room privilege, “flagrantly” ignoring an edict that it was only for official functions and bringing in family and friends for lavish meals.

Some councillors have used the inquiry’s public hearings to blame staff for not keeping them in line, echoing lord mayor Lisa Scaffidi’s claims during her 2017 misconduct hearing that the CEO or other staff should have given her better advice on declaring travel and gifts.

On the third day of the live hearings councillor Jim Adamos was grilled over claiming dry cleaning for his kids’ clothes: “I don’t know why I claimed it … the council should have knocked it back and said ‘are you sure about this?’,” Cr Adamos said.

Cr Adamos also said staff should have stopped him from claiming meal expenses that were against the rules.

On one occasion Cr Adamos took his wife, former councillor and state MP Michael Sutherland and his wife Michelle Sutherland out to The Point Bar & Grill, which Mr Urquhart described as “a very expensive night out”.

Cr Adamos said he told city staff who he went to dinner with: “If they considered it wouldn’t fit [the rules], they should have knocked it back,” he said.

Mr Urquhart retorted: “That might well be the case but really, you should never have made the claim in the first place.”

Our source also claims councillors renting “broom closets” in order to qualify for candidacy was also an open secret for decades, calling for new electoral rules requiring 12 months of genuine occupancy before an address can be used to run for council.

The inquiry heard former councillor Keith Yong rented a room within a building leased by a company of which he was co-director, making him eligible to run for council.

Mr Urquhart described it as a “sham lease”.

He also issued leases to family-linked companies in the same office, qualifying each company to have two votes in elections.

Cr Adamos had used a similar tactic to qualify to run as well as get new voters, telling the inquiry he thought the practise was okay because “the city was accepting of it”.

One response to “Rorts ‘a fact of life’”