The exhibition was inspired by scientific research into how termites could be used to help find gold deposits during mining exploration.

Mangan says it was “such an interesting and perverse idea – putting nature to work for capitalism”.

• Some of the artworks in Termites Economies (Phase1). Photos supplied

“Whether we see nature for our taking, or something that we need to care for, termites have a cohabitation with their natural environment that’s not as exploitative.”

In the exhibition there are 3D printed sculptures fusing termite mounds and mining infrastructure and footage of Tindals gold mine in Coolgardie.

Gold mine tunnels have been scaled down to termite size, and 3D printers have been used to build up rock strata. 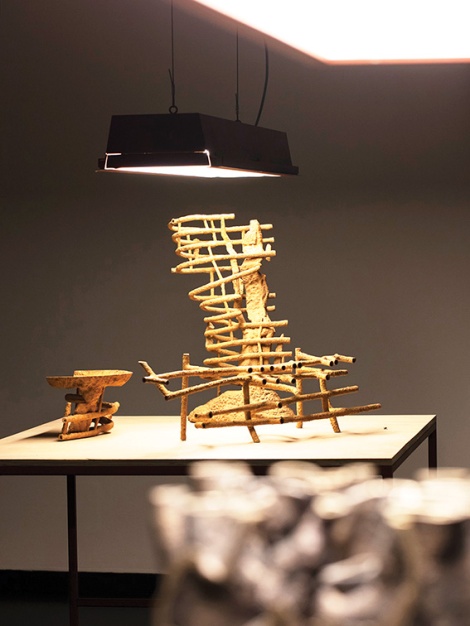 Mangan is based in North Melbourne, but travelled back and forth to WA last year, “almost like a FIFO worker”, to take footage for his exhibition. On a small budget, he filmed Tindals gold mine using a drone. In his artworks, Mangan has re-imagined the trails left by huge mining trucks.

“There is a process that termites build with called stigmergy; where one termite leaves a mound of dirt with a pheromone on it. The next termite that comes along will also leave a mound on top of that.”

Termites Economies (Phase 1) is at PICA in Northbridge until October 6.