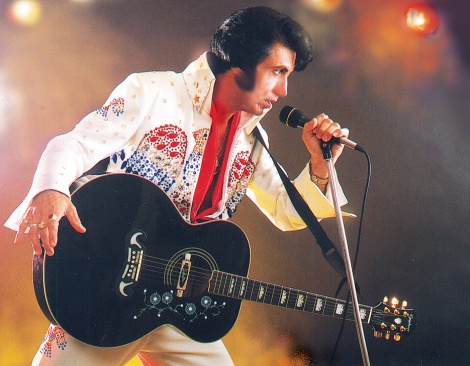 FRIED peanut butter and banana sandwiches at the ready.

Perth’s Elviszacc (aka Domenic Zaccaria) is preparing for his biggest show yet – Elvis: Aloha Hawaii Concert at the Astor Theatre next Saturday.

Zaccaria says it’s the first time the King’s ground-breaking 1973 Hawaii concert – the first entertainment special to be broadcast live via satellite across the globe – has been performed in its entirety in Australia.

“Me and the band have spent a year rehearsing for this,” Zaccaria says.

“No stone has been left unturned and we have replicated everything right down to the iconic 70s jumpsuit and costumes. It’s gonna be a great night.”

The Hawaii concert is widely regarded as the last great televised performance by Elvis, before his addiction to prescription drugs and junk food turned him into a bloated pastiche.

The set list is a great overview of the King’s career including early rock ’n’ roll hits like Hound Dog, his 1960s Memphis renaissance (Suspicious Minds), later-period ballads, and the epic An American Trilogy, where patriotism and cheese burgers collided in a surreal, ode to Uncle Sam. 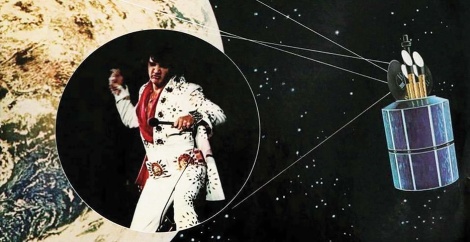 The album cover for Aloha from Hawaii Via Satellite.

During the concert Elvis was backed by an all-star band including guitarist James Burton, and Aloha from Hawaii Via Satellite became Presley’s last number one album in his lifetime.

Zaccaria says his favourite song to perform from the Hawaii concert is I’ll Remember You, a 1964 ballad that was often sung for US military personnel leaving their staging post in Hawaii for Vietnam.

“It’s just such a lovely song with a great melody,” he says.

“I’ve got a great band behind me and we’ll also do a few up-beat tracks that weren’t performed at the concert like Patch It Up to keep the energy levels going.”

Zaccaria’s love affair with Elvis started when he bought some of his eight track albums to play in his first car, a VG Valiant, in the 1970s.

“His voice was fabulous and it really got you boppin’,” he says.

Growing up, Zaccaria played drums in a few local rock’n’ roll bands, before buying a restaurant and booking an Elvis impersonator for a mother’s lunch.

“During the break, I went up myself and began to sing a few Elvis numbers. They went down really well and after that I was off and running.”

Following an appearance at the long-running Donnybrook Elvis Festival, his career went from strength to strength, and he started playing bigger venues and events across Australia.

Zaccaria says one of his personal highlights was singing Trouble at a special event in Memphis to commemorate the 40th anniversary of Elvis’ death in 2017: “That was one of the top moments of my life; being there and singing his songs in his hometown.”

Juggling day jobs and his career as an Elvis impersonator hasn’t always been easy, and Zaccaria recently took three years off from performing, before rediscovering his love for the King.

When the Voice phoned up for an interview his ringtone was you guessed it, an Elvis song:

“People just love his voice and his look – he was different to everyone else, and still is.”

Elvis: Aloha Hawaii Concert is on November 28 at the Astor Theatre.