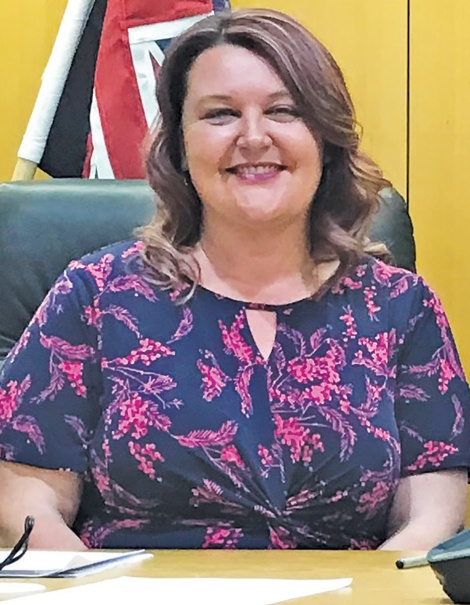 Cr Catherine Ehrhardt had to turn to the courts to get James Kozak to turn down his ‘satire’.

For more than two years Mr Kozak has made hundreds of posts about Cr Ehrhardt, calling her “corrupt”, a “thug”, and saying she abuses citizens. He has uploaded dozens of photos of rubbish on the streets, dog faeces, many dead animals, used condoms, sanitary pads, and suggested Cr Ehrhardt was to blame.

Mr Kozak had twice posted a photo he took of a row of rifles in a local gun shop attached to his complaints about Cr Ehrhardt.

Mr Kozak’s campaign began shortly after he had been removed from a community Facebook group where Cr Ehrhardt was one of the moderators, and he complained of “illegal FB [Facebook] blocking” by her.

After an initial hearing at Midland magistrates court on November 15, Mr Kozak continued posting similar material leading up to the full hearing on January 13, where a misconduct restraining order was issued against him.

Cr Ehrhardt told the court the level of fixation was concerning. “The behaviour has seemed to be escalating” and the posts were “very clearly designed to be offensive and intimidating” she said.

After spending about an hour reviewing the posts, Magistrate Mark Millington said: “Unfortunately, like this court sees on a daily basis, this social media platform has been used in a way to, in my view, target someone – and then others join in too”.

He noted Mr Kozak’s arguments of free speech, but said it had limits: “The behaviour over a significant length of time – the barrage of posts,” with subject matter from dead animals to sanitary products, “has gone past that limit”.

Magistrate Millington said: “Since this application has been afoot there’s been further posts of a similar manner” and he handed down an order that Mr Kozak cease posting.

Mr Kozak’s order also prohibits him from coming within 10 metres of Cr Ehrhardt and to stay away from her home and workplace, while he was also barred from possessing a firearm.

Mr Kozak has since made several posts about the order under his alternative account “John Smith”, including a gravestone labelled “here lies free speech”, links to the wikipedia pages for “judicial error” and “law of North Korea”, commenting “Justice North Korean style, here in Western Australia?”

Mr Kozak argued several times the case should’ve been heard in the supreme court as he believed the complaints against him were more properly characterised as a defamation suit. He said he’d applied to have it moved there, and he hoped to use the defence that his material was satirical and protected as free speech.

Magistrate Mark Millington said they were in the right court for a misconduct restraining order and declined the request.

Mr Kozak also argued his right to a fair trial had been extinguished because he hadn’t been able to preview Cr Ehrhardt’s compilation of printed-out posts about her that was presented on the day.

He said software existed that could create fraudulent posts, but did not deny that the posts were made by him.

The magistrate offered Mr Kozak time to go through the posts in court that day, but he declined to review them and declined to take the witness stand to enter any evidence.