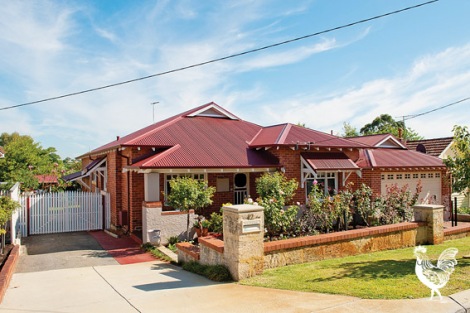 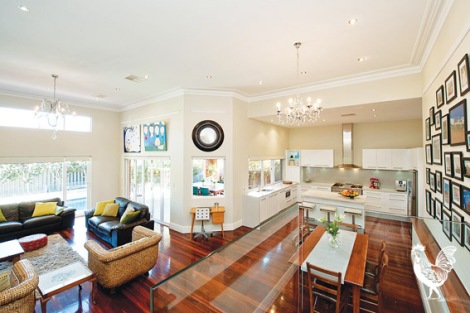 ‘There’s a staggering array of shops, cafes and restaurants nearby.’

PEAK hour should have been over but here it was 9.30am and the freeway was a parking lot.

Canning Highway was moving at a crawl, but at least it was moving, so a quick lane change had me on my way, albeit at a snail’s pace.

Fortunately I’d left in plenty of time and was only a few minutes late, which had me pitying those commuting daily from Freo to Perth.

Living at this Elizabeth Street home I reckon getting to work on time in the nearby city would be much less of a hassle.

And if that’s not a good enough reason to buy this three-bedroom/two-bathroom home, on 647sqm, read on.

As the street name suggests, Elizabeth Street has the old fashioned, easy charm of Perth’s older suburbs and this 1940s art deco abode adds its own allure.

All bedrooms are in the original front section, with lovely leadlight doors at either end of the spacious hall.

An elegant formal lounge is also in the older section, a dignified space with double leadlight doors, plenty of windows and an art deco fireplace.

Jarrah floors glow underfoot and there are gorgeous decorative ceilings, and picture rails in all the front rooms, including original timber ones in the lounge.

Stepping down into the massive architecturally designed extension the first thing you notice is light and space, enhanced by soaring ceilings.

In keeping with today’s lifestyle it’s a vast open area with plenty of windows and doors onto the manicured garden.

The kitchen is a delight with wide travertine bench tops forming an outdoor servery, a plethora of smooth-sliding drawers and an island bench/breakfast bar that can be moved at will.

A bank of bifold doors off the living area open onto a covered patio and timbered deck.

A solid timber ceiling soars overhead in this indoor/outdoor room, which is cooled by a fan and sets of louvres high in the brick walls.

This is a great entertainment area, with a sparkling pool enticing from the other side of the glass barrier.

Kids are well catered for with a high-rise cubby house, complete with sand pit underneath and plenty of grass surrounding it for games.

Close to Guildford Road there’s a staggering array of shops, cafes and restaurants nearby, including Eighth Avenue and ultra-chic Beaufort Street strip.

Not to mention the close proximity of schools and public transport.

And of course the lovely Maylands river foreshore is a pleasant stroll away.