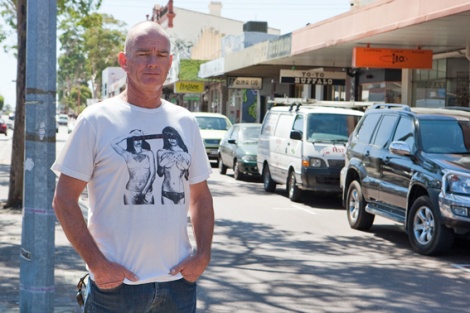 The pair is often at council meetings, getting stuck into councillors and staff over delays in getting questions answered and what they describe as inadequate community consultation. This week they were asking whether the Leederville Hotel’s alfresco section is allowed under the council’s own rules. They say they’ve had no satisfactory response at three meetings.

At that Ms MacTiernan threw down the gauntlet.

“You come here week after week and hurl insults at councillors who are volunteering their time to take this council forward,” she said.

“You and Stuart are welcome to stand at the next election.”

Ms Saunders told her, “we will be”.

He’d claimed about three-quarters of businesses on the street hadn’t been notified of a public meeting about the plan, and in some cases letters had been issued to landlords but not traders (the meeting was poorly attended, with only about 12 people showing up, including family members of a councillor).

“Why is the mayor handpicking working groups that have little knowledge of what the business owners request?” Mr Lofthouse asked.

“Frustration has occurred, as you’re all well aware when we come in here and rant and rave.

“I don’t believe this council is listening to its ratepayers at all.

“You are running this council as if it’s your own little outfit and it’s unsatisfactory!”

Mr Lofthouse wouldn’t sit down so Ms MacTiernan turned off the microphone. When the retailer continued acapella, CEO John Giorgi asked him to stop.

“Are you going to call the police and have me removed?” he asked.

“No more interruptions, and no more derogatory comments,” Mr Giorgi said. “You’ll not be warned again.”

Ms MacTiernan said the council would take the question about community consultation on notice.