The school’s P&C is selling off a load of their secret formula fertiliser Fabfert for the “interactive playground” at the school.

School parent Charlie Stephens says the idea came about last year when they heard Wanneroo had a huge problem with leftover chicken poo from plants up that way. 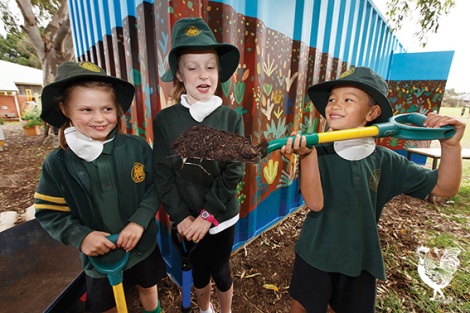 They mixed it up to minimise odour and the stuff’s won a tick of approval from the WA health department.

Mr Stephens says it’s crazy effective on lawns or trees: “We had a mandarin tree that had never fruited before. We chucked some of this on and it went absolutely berserk.”

Last year the school sold 25,000 litres of the stuff, so it’s hoping people pre-order on http://www.coolschool.org.au by September 7.