PERTH’S love affair with coffee pales compared to that of London in the early 18th century when more than 3000 coffee houses sprung up, becoming dens of caffeine-fuelled debate and political intrigue.

Politicians Joseph Addison and Richard Steele, proprietors of The Spectator, reckoned coffee shops were the perfect vehicle for the philosophical debates they so actively pushed for.

“To bring philosophy out of closets, libraries, schools and colleges to dwell in clubs and assemblies, at tea tables and in coffee houses,” Addison said.

The pair is paid homage with Addison and Steele Specialty Coffee in North Perth. It is a beautiful coffee house that does a superb sideline in food.

When the cafe first opened it was pretty much bagels, but the menu has since grown to include a wider choice (handy for someone who thinks slightly sweet boiled bread is highly over-rated). 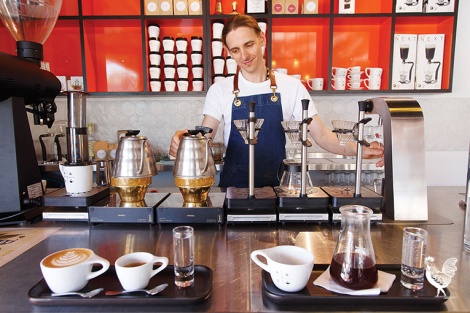 Service at A&S is second-to-none, and we’d barely parked our bums than a carafe of water and two glasses appeared.

By the time we were sipping a couple of watermelon and strawberry juices ($6.50) I was ready to order but my lunch companion was on the horns of a dilemma: the pulled pork brioche ($15.50) or one of the bagels?

The helpful waiter removed her from this painful place suggesting the Spanish chorizo bagel ($14). The thinly sliced, grilled sausage was fantastic and the brie, spinach and chilli jam were perfect accompaniments, ensuring a deliciously creamy bagel, she opined. 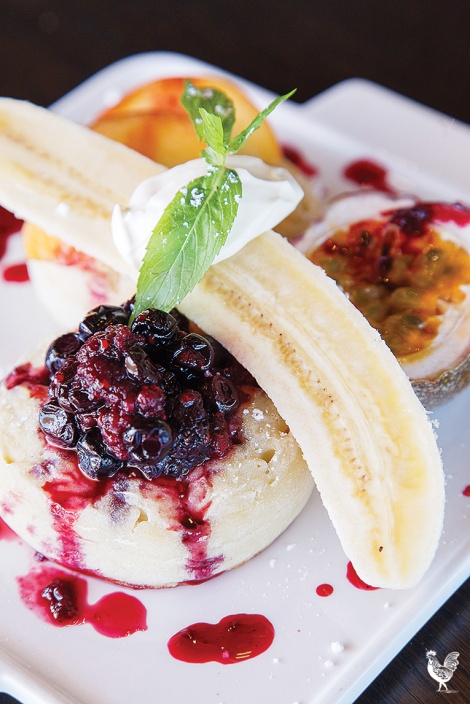 Coffee is the real reason for being at A&S and the waiter waxed lyrical as he described the various choices, suggesting some blends were better as in black, to really bring out the flavours.

Guided by his expertise I plumbed for the Ethiopia hunkute ($4.20), and was stunned to find I really could—as promised—taste hints of juicy peach and lemon curd.

My mate was very happy with her Costa Rica La Loma, but having ordered it as a macchiato, its sweet plum, toffee and chocolate flavours went undetected, as she’d been warned.

A couple of particularly fine beetroot and chocolate brownies went perfectly with the rich coffees.