EVERY council was supposed to get one, but Perth city council reckons it never received a letter from Byron mayor Simon Richardson asking it to support marriage equality.

The NSW-based mayor has been writing to councils across the nation to try to get them on board with an equality proclamation he wants to submit to prime minister Tony Abbott.

Cr Richardson chuckled when we’d told him Perth claimed to have never received its letter.

“We could send another one,” he offered, saying he’ll “give them the benefit of the doubt” and assume it might’ve just been lost in the post or buried in paperwork.

Bayswater confirmed it had received the letter, but all the info we could get out of mayor Sylvan Albert was an emailed line saying “Byron shire’s letter has not been formally considered by council”. 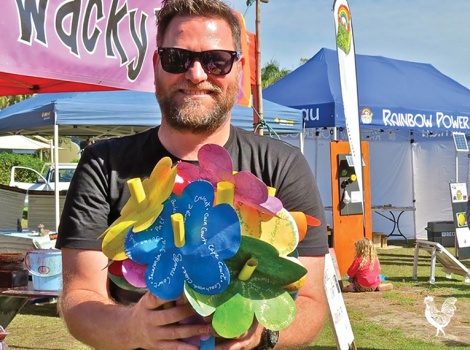 • Simon Richardson asked all four councils in Voiceland to support marriage equality. So far just one has.

Will it be considered? Cr Albert didn’t get back to us before deadline.

Over at Stirling there was a bit of confusion. We were first told “it is not under consideration at this time”.

We asked why not, and whether it was staff or members of the elected council who’d made that decision not to consider it. The waters got muddy: turns out the first response was in error, and the mayor’s assistant took the bullet for it. Mayor Giovanni Italiano is out of the state but we hear that following our inquiry last week the letter’s since been distributed to councillors.

Cr Richardson says so far about a dozen councils have signed up across Australia.

“For me it comes down to a simple matter of equality,” the cheery mayor says. “It just came down to that basic human right. We’ve got young kids who are committing suicide because of their sexuality… bottom line is I’ve got a title next to my name, I might as well use it.”