JEFF KENWORTHY is a professor of sustainability at Curtin University Sustainability Policy Institute. Having lived in a German city with similarities to Perth, he says the Barnett government’s decision to axe the northern suburbs’ light rail project and replace it with more buses will simply create more congestion in the city.

THE debate over buses versus light rail continues to dog Perth. It must be resolved now squarely in favour of light rail and not used as a political football. The future of Perth requires consensus not division because there are no hiding places left. Everyone breathes the same air, suffers the worsening congestion and pays a higher and higher proportion of their disposable income running the most expensive transport on the planet: the car-based system.

Having lived for some years in a German urban region with a population in the vicinity of where Perth is rapidly heading, I can say with certainty that Perth needs light rail and quickly. Buses on busways should not even be a consideration on major corridors such as Mirrabooka to Perth. Forget it. Why? There are several simple key reasons:

• Light rail has higher capacity than buses and Perth needs much more public transport capacity. This has been shown over and over again. Every rail line is now jammed to capacity in the peak. We hardly have enough rail rolling stock or feeder buses to cope with demand. And try getting off the platforms at Perth station in the peak.

• Buses are not going to cut it on major corridors in Perth. We’d need a bus every 60 seconds. Where are they all going to go once they hit the CBD? Are developers going to want to build anything on a corridor with a log-jam of noisy and smelly diesel buses outside their doors every morning and evening? Will people want to live there?

• People transfer from cars to light rail. The attraction of buses is more limited, especially diesel ones. Electric buses fare better, but still not the same as rail.

• Residential, commercial, retail and other development is attracted to light rail lines because the service and infrastructure is secure. Bus lanes can be removed with political whims.

• The increased density, mixed land use and housing choice that Perth so desperately needs can be focussed along light rail corridors. This can help protect existing beautiful suburbs by taking more widespread development pressures away. Plans have shown that all of Melbourne’s foreseeable population growth could be accommodated along existing tram lines.

• Light rail lines help people to orient themselves around the public transport system. People know where a light rail is going because of the tracks and stations. Rail system maps around the world are commemorated in everything from place mats to drink coasters and tea towels. I don’t see any bus lane memorabilia anywhere.

• Peoples’ mental maps of a city are formed by rail lines, especially those of the children who we need to be planning for. Kids need to grow up with a public transport culture not a car culture.

I have been working to support a better public transport system in this city for 37 years. I have some historical perspectives. Earlier planners wanted to turn the Midland, Fremantle and Armadale lines into freeways with bus lanes in the middle. The mess we would have now if this had been done is simply unimaginable. The same mess will occur today if we use buses on major corridors.

Perth has come of age. We could become a public transport city if we can get through this infuriating back and forth over light rail versus buses. We are eventually going to need light rail on every major corridor in this city, both into and around the city. Our universities are drowning in parking and have become dysfunctional.

We’d better start now. It is a big job. And government does not have to pay for it all. Some of the cost can be leveraged from the enhanced urban development opportunities and land value increases.

The coming generations and the increasingly aged populations don’t want cars as much as they want well-located housing in walking-friendly urban spaces and frequent public transport to get them to other places without a car.

They want to spend their money on good housing, good neighbourhoods, attractive dining and entertainment and sophisticated communications technologies, not on cars designed to get them to somewhere else without any sense of connection with place or other people. Light rail will facilitate this. Busways will not.

Decisions need to be made now about light rail. Master planning has to start and we need the first line in the city before 2020. 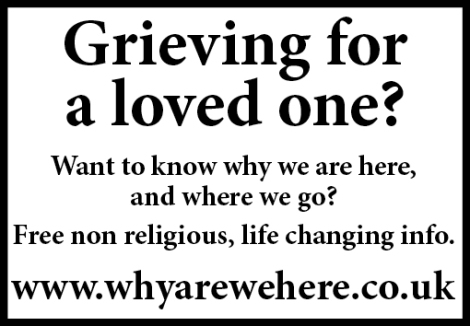