SEVERAL mature trees used by endangered black cockatoos are to be felled, to make way for an upgrade of the Reid Highway/Malaga Drive interchange in Bayswater.

The marri trees on Malaga Drive, just outside Lightning Park, are used by the native cockatoos for feeding and form part of their rapidly diminishing WA flight corridor.

When the Voice rocked up Tuesday, state government contractors were marking trees to be axed.

Helene Kayes, whose house backs onto the road, says she only found out Wednesday morning from contractors the trees were to be cut down, to be replaced by a three-metre high concrete noise wall, a footpath and wider road. 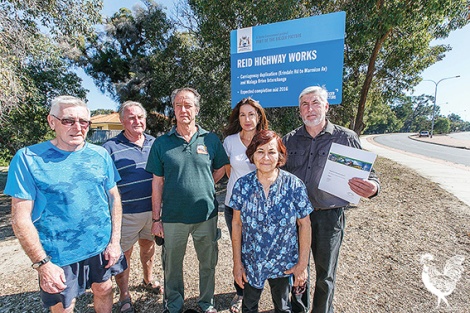 “The whole nature strip will be wiped out on this side of Lightning Park,” she told the Voice.

“Aside from the aesthetic implications, we will lose a tremendous amount of shade on our back garden.

“It’s a terrible blow for the fauna, the contractors told us that virtually all the trees on Malaga Drive would have to go. 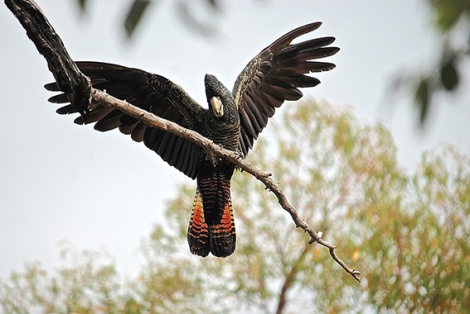 “We have been here 13 years and enjoyed watching the Barnabys in the trees.”

“I acknowledge the community’s justifiable need for the improvement at Malaga/Reid intersection,” he says.

“However, when you are not allowed due process to consultation and to be informed of the imminent changes and impacts on a locally highly valued environment it is an inexcusable slur from the minister of transport and his department.” 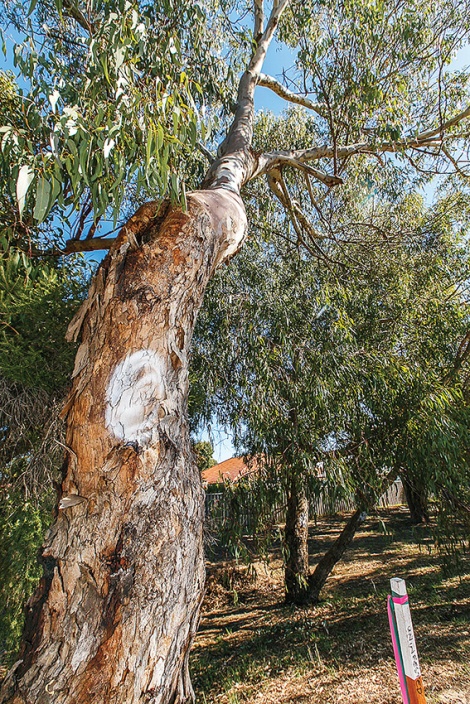 Malaga Drive is a major arterial link between Morley and the growing north-eastern suburbs: around 75,000 vehicles pass through every week day.

The works will include constructing two new bridges to provide four lanes for Reid Highway traffic to flow uninterrupted over Malaga Drive.

The cockatoos make their homes in the hollows of trees being destroyed by logging and land-clearing in WA’s remnant south-west forests. 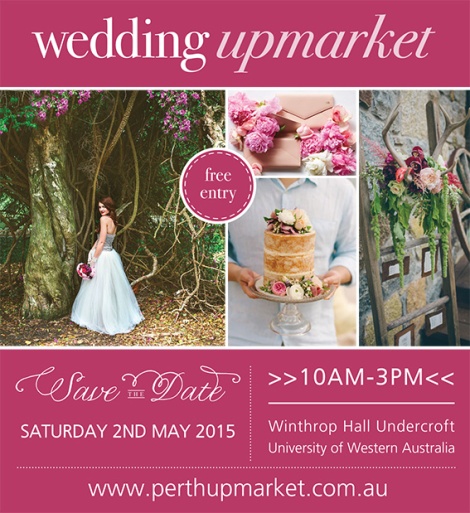