YOU might soon see Bayswater locals nibbling on yams and beetroots in local parks after the council approved the creation of edible gardens on its reserves.

The council will develop a policy that lets locals turn designated areas into fruit and vegie patches.

“This is all about empowering locals to take ownership of their parks,” says Cr Chris Cornish.

“They will be able to take under-utilised areas and plant low-maintenance stuff, like capsicums, and bay leaf and lemon and orange trees.

“The areas don’t have to be fenced off and locals can plant where there is existing infrastructure and reticulation: so it won’t cost council much.”

Cr Cornish also won support to allow residents to transform their verges into vegie patches (Voice, April 10, 2015), although Cr Stephanie Coates expressed concern about the presence of insecticides and fertilisers, as well as pollution if foodie verges are on busy roads.

“We need to make sure the officers develop a comprehensive policy on this one,” she said.

Cr Terry Kenyon was worried the council might be publicly liable if a passer-by tripped over a verge beetroot, but Cr Cornish noted a two-metre setback was required for clear pedestrian access.

In a wide-ranging “green” motion, councillors also voted to advertise for expressions of interest for a community garden.

“The concept has been around for years,” Cr Barry McKenna said. “But I think that with the rise of Men’s Sheds it will be good for retired men who don’t want to do wood or metal work.” 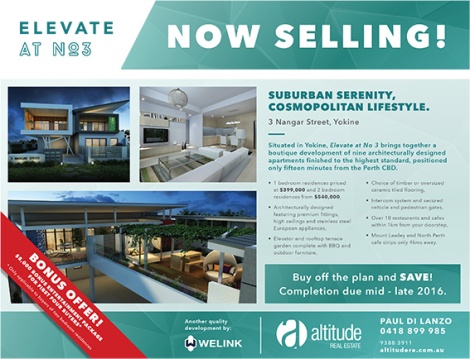