Listen better
I READ with disappointment (Voice, September 19, 2015) that Leederville Farmers Markets will not reopen in its current guise.
The markets brought life to Leederville every Sunday morning with residents and visitors coming from across the city looking for farm-fresh and organic produce.
Perhaps more disappointing is our mayor’s comments in your story, where he demonstrates a tin ear to the concerns of the operator.
Rather than recognising the futile ban on hot drinks as the reason for the closure, our mayor chose to focus on an issue already resolved — annual fees.
Our representatives are elected to listen to the concerns of residents and businesses. In this case, more consideration should have been given to both residents who can no longer shop at the markets, and our local businesses now missing out on the trade brought to the area.
Compare this attitude to that of the City of Subiaco, which is opening markets on Rokeby every weekend from next month. The more than 200 stalls were encouraged, no doubt, by the confirmed six-year lease and fewer trading restrictions.
I trust our newly elected council looks at this again so that we might encourage business, not lose it to our neighbours.
Anthony Fisk
Candidate for south ward,
Vincent city council

Privacy breached?
HAS Bayswater council breached the privacy of the council street sweeper driver (Voice, September 19, 2015)?
The council said the driver had a “medical issue”, but wouldn’t give more details due to “privacy issues”.
A “medical issue” could be a heart attack, epilepsy, or low blood sugar levels. Or maybe the driver’s retina detached — or perhaps his lunchbox fell on the ingrown toenail in his foot.
How is giving the reason (however vague) for the accident not breaching the driver’s privacy, but providing more detailed information about the reason an invasion of privacy?
David Cohen
Victoria St, Guildford

The full four
AS the golden child of “accountability and transparency” reform, there is one question that John Carey seems to be avoiding.
Can John Carey give his word that if elected, he will serve out the full four-year term as mayor? Vincent has shown itself to be a kindergarten for Labor party members, keen to maintain a public profile before contesting state seats such as Perth.
John, are you asking ratepayers to vote for you whilst you remain unwilling to rule out jumping ship early to further your own political aspirations?
Stuart Lofthouse
Oxford St, Leederville

Free press better than a polite press
FANTASTIC! Voice journalist David Bell asking “provocative and disrespectful” questions (Voice, September 19, 2015).
This is what the “freedom of the press” that we often hear about is all about. It is unfortunate that the Perth lord mayor cannot differentiate between private and public matters when any independent observer can see conflict of interest.
The idea of the CEO ignoring this issue is bad enough, but to attack the messenger is reprehensible.
Unfortunately, the [actions] of the Perth lord mayor and CEO is mirrored [in many other local authorities].
At least when it comes to mayors, electors will shortly get the opportunity to rid themselves of those [they feel] have been failures.
Greg Smith
Rose Ave, Bayswater

Magic for Maylands
I AM so enjoying the Eighth Avenue wall art. Rhett Parry’s plastic passion wall is great and Anya Brook’s giraffes are delightful. I am calling them Sulli and May. What are other Maylanders’ ideas on names for them? I am looking forward to more art work around Maylands.
Angela Zoucaides
Hillside Cresc, Maylands

Conflict clear
THANK you for your articles and editorial regarding the conflict of interest situation at the Perth city council (Voice, September 19, 2015).
I am puzzled that the issues have been raised for two weeks now, and are lacking substantive answers from those involved at the council.
It seems a public health complaint has been raised, and the response seems to have had the effect of ferreting the complaint away from the public health officials who should have inspected the premises in the line of their duty.
If so, this doesn’t pass the sniff test, and indicates that all involved would benefit from training on ethics.
Transparency procedures such as those recently introduced at the City of Vincent would also provide clearer guidance.
David Foot
Flinders St, Mount Hawthorn

Quite silly
I FIND your article, “McKenna plans mayoral move” (Voice, September 19, 2015) quite silly.
Shouldn’t the journalist be talking about who the candidates are, why they are standing and the issues, rather than speculating who will be mayor?
It’s grubby and shows what silly games go on in councils split by party politics, and seemingly spurred on by the local rag. Let’s lift the standard I say.
Jacquie Kelly
Hill St, Bayswater
The Ed says: We’ve been reporting for weeks on who the candidates are and why they’re standing, Jacquie.

What we sow….
WHAT we see today on the Serbia/Hungary border is the reality of “Stop the Boats”.
Rick Duley
Walcott St, North Perth 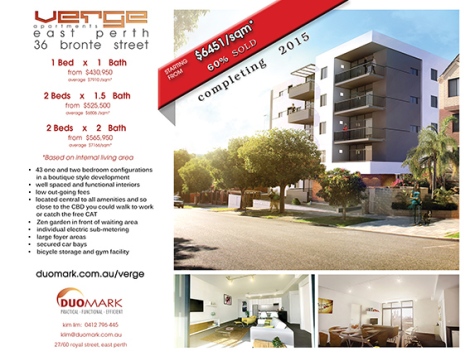 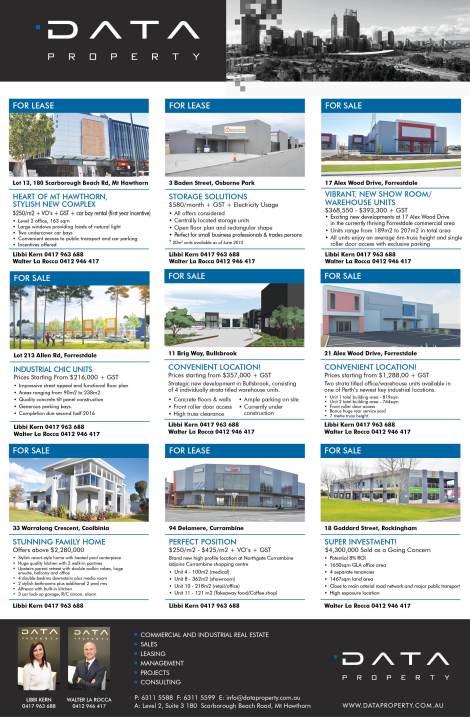