WHEN I heard about a place called Gami Chicken & Beer I knew I already liked two of those three things.

Turns out Gami, roughly translated from Korean, means “good delicious”, and the friend I was eating with had been there two nights in a row so I figured the name was on the mark.

A Melbourne import that’s now moved into Shafto Lane, the meals revolve around the Korean fried chicken: you either pick a whole ($32) or half ($18) or go for a stack of wings ($12 for 8 or $16 for 12) and then choose which flavours you want them bathed in. 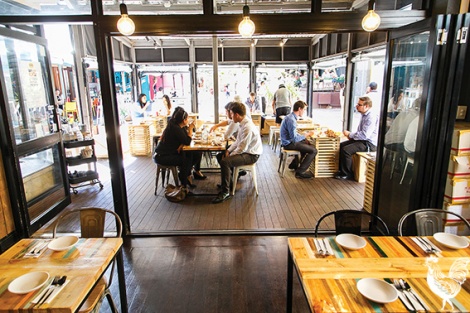 We opted for wings in the original flavour. Imagine if KFC was actually as good as you remember it being as a kid and you’re halfway to how tasty this is. It’s salty and moreish and the inside is beautifully moist and tender.

Good as it was, it was blown away by the sweet chilli. These sticky wings were covered in a sauce heavy on the sweet, light on the chilli, almost like a honey glaze. All the fried chicken comes with cabbage salad and radish too, just to cut through the deep fried medley and to pretend it’s sort of healthy.

There’s also a slew of smaller dishes on offer, but don’t make our mistake and order them like they’re going to be tiny sides: They’re not tapas — any one makes for a good sized lunch.

The spicy chicken ($15, or cheese on top for another $2 — definitely get the cheese) sees you served up a bowl of stir-fried fillets, vegies and these weirdly delicious rice cake sticks called garaetteok that look like a thick gluey noodle and have a strange chewy consistency and soothing, slightly sweet taste. I’m a convert. I’d eat these things like chips.

A lot of Asian places around Perth think us white folk are still too weak to take on real heat, so “spicy” dishes are usually no more bitey than a Werther’s original. But the sauce here actually has a decent kick to it, refreshingly cutting through the covering of gooey melted cheese and chewy rice sticks.

I don’t know how traditionally Korean the corn cheese is ($9.80), but holy god damn is it good. It’s a simple dish but the corn is sweet and juicy, layered with seared cheese that makes for a comfortingly familiar foil to the barrage of flavours topping the chicken.

The other half of the equation is the beers on offer, and they don’t skimp. Apart from a couple of pretty straight forward Asian lagers, most of the line up is heavy, full flavoured beers, the kind of bitter hop-loaded (Feral Hop Hog) or fruity (Sly Fox summer ale) brews you need to keep up with such full-on cuisine.

I can’t find fault with this place and I’ll definitely be back after a jog or two. It’s not high society dining and I wouldn’t head there for an overly romantic Valentine’s dinner unless you like sticky hand-holding and sauce-smeared kisses, but it’s cheap, every dish we had was on point, and the atmosphere’s easy and casual.

Gami Chicken & Beer
3B Shafto Lane, Perth
Lunch and dinner Monday
through Friday, dinner til late on Saturday and Sunday. 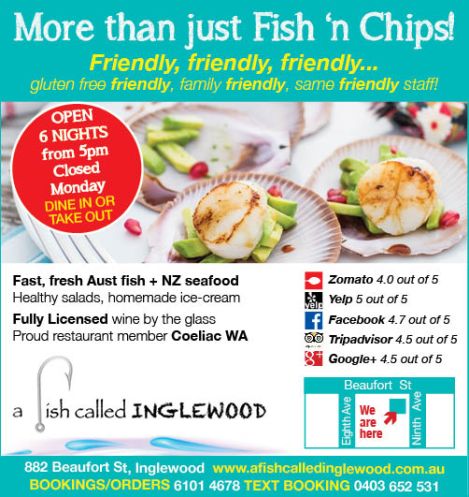 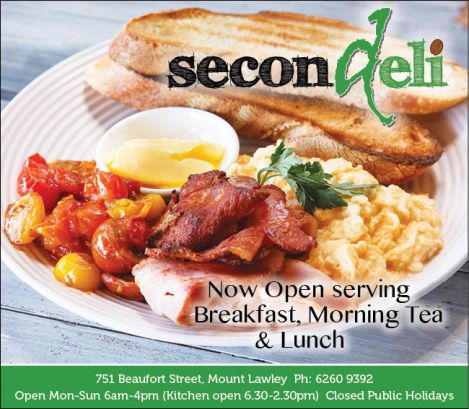