SICARI STATIONERY on William Street closes its doors at the end of this month after 35 years in the heart of Northbridge.

Owner Frank Sicari insists the store is closing up, not down, giving it the positive spin of someone heading happily into retirement. He’s even celebrated the occasion with big fluoro letters in the shop window screaming “retirement sale” in all-caps.

Mr Sicari has seen many faces come in and out of the stationery shop over the years, and has watched Northbridge gradually change outside his window.

He’ll miss the customers most of all.

“The whole world goes past this shop,” Mr Sicari says. 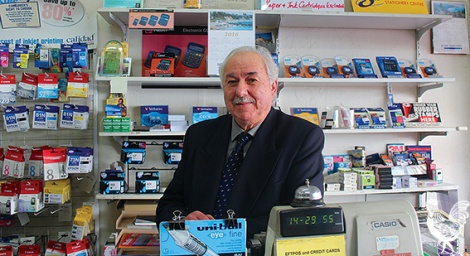 • Frank Sicari is in two minds about retiring. Photo by Trilokesh Chanmugam

“They’ve been very very nice and I’ve loved the support. I’ve met some lovely people. It’s what made the days go by.”

Author Tim Winton, a multiple Miles Franklin award winner, would come into Sicari’s to buy typewriter ribbon in the 80s and 90s because it was one of the few places still selling it.

Selling stationery was never Mr Sicari’s plan as a kid, but he found it grew on him over the years, and the decision to retire was a tough one.

In the end, the thought of spending more time with his friends and family won him over.

On his first day of retirement, Mr Sicari is going to have a good sleep in, then go out for a leisurely cup of coffee with his wife.

One response to “Sicari’s closing ‘up’ for retirement”