VINCENT council is set to spend $285,000 on festivals and events in the next financial year.

Potential big winners in the draft budget are:

• North Perth Local – $35,000 to run the Angove Street Halloween event and 6006 in the Park festival at Woodville Reserve.

The Beaufort Street Network discontinued its large annual festival in 2015 and instead hold multiple events throughout the year.

The network is earmarked to receive $40,000 from council for Artisan Markets, the Heritage Trail, and its “Staged on Beaufort” live music series at the Mary Street Piazza. 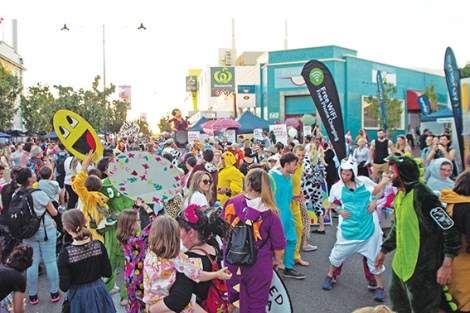 Staff have recommended councillors give Pride WA $10,000 to run Fairday, but that event has yet to be confirmed.

It didn’t go ahead last year “due to a lack of funding”, according to the council report, “and Pride WA are actively seeking sponsorship and corporate partners to ensure this October event can succeed”.

Revelation Film Festival is in line to get $25,000, having already raised $16,261 through crowdfunding donations.

At this week’s briefing, Vincent council’s community engagement director Michael Quirk said they’d wanted the cash to go to events that were open to the public and not too commercial, hence they’d recommended no cash go to the Beaufort Street Ball since that was seen as “very much commercially orientated rather than community accessible”.

“Secret Walls,” known as the Fight Club of the art scene, where artists compete live against each other, asked for $5,000 but no cash was recommended to go their way.