BAYSWATER Urban Tree Network founder Greg Smith wants all trees over five metres to be heritage listed so they can’t be cleared at will.

In July Bayswater council voted not to create a voluntary tree register “which I reckon is completely and utterly piss weak,” Mr Smith says.

The voluntary register would’ve meant that home owners could register trees on their land and they would be offered the same type of protection as heritage-registered buildings.

But with that idea voted down (only councillors Chris Cornish, Dan Bull and Catherine Ehrhardt were in favour), Mr Smith says he’s running for council and wants a far stricter tree-protection regime in place. 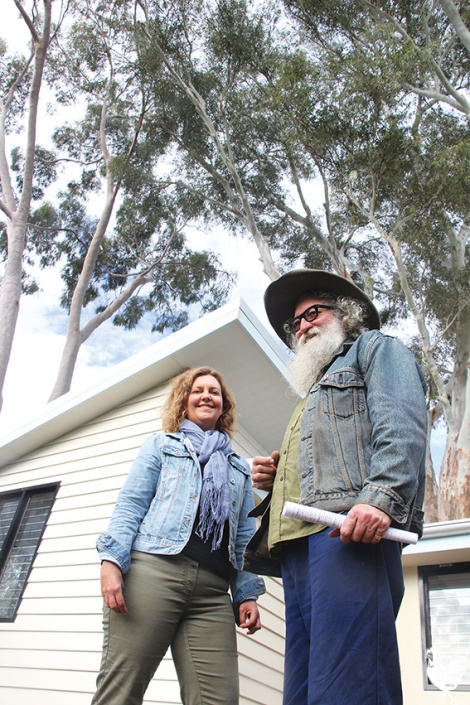 • Greg Smith with Rachael Roberts, who’d be happy to have her flooded gum registered. Photo by Steve Grant

“I’d make it mandatory…every tree above five metres would be a ‘significant tree’, and should be considered when a development application is made,” he says.

“I want trees registered so that blocks aren’t clearfelled prior to development, so there’s a requirement to consider the tree.

“Otherwise what happens is you get blocks clearfelled and that contributes to the rising temperature of the suburb.”

At July’s council meeting there were worried that if a tree register applied to private land “it could affect property prices…and if a property was sold the next owner could be restricted in relation to further development of the property”.

Mr Smith, a town planner who’s running for west ward, says keeping trees around is more important and the policy would stop the thoughtless felling of trees that often precedes a block being developed.

Developers could also be given incentives, like letting them have a smaller setback, if they keep a tree and build around it.

“It’s not going to save every tree, which I would like, that’s nigh on impossible,” Mr Smith says. “But it will stop the willy nilly clearfelling.”

Bayswater resident Rachael Roberts would love to protect her flooded gum. Her back room was designed to fit in with the gum, so the chainsaws could stay safely sheathed in the shed. There’s no gutters and the room is on stumps so water can seep away into the area’s sandy soils.