They’re lyrics from Sepultura’s 1996 album Roots, which was responsible for the vocal cord haemorrhaging of an entire generation of longhaired, head-banging heavy metal fans across the world.

Sepultura’s founding members, brothers Max and Iggor Cavalera, will celebrate Roots’ 21st anniversary in Perth next week when they perform the genre-defining album to a horde of rabid metal fans.

“A lot of the young guys who come along to our shows weren’t even born when Roots came out, but they fucking love it,” Max told the Voice in his thick brazilian accent.

Away from Sepultura, Max has fronted and collaborated with many bands over the years, including Nailbomb and Cavalera Conspiracy, but none more famous than nu metal survivors, Soulfly.

“A lot of parents come with their kids,” says Max. 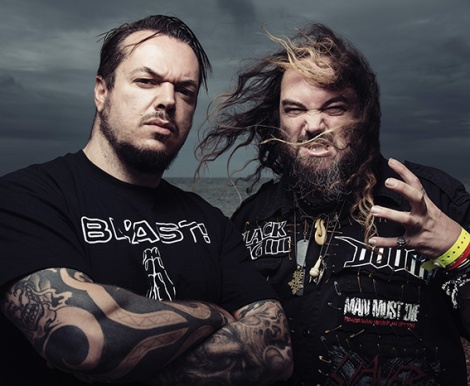 “Sometimes I meet the father and he’s a Sepultura fan and the son’s a Soulfly fan.

“I always tell the dads they better make sure they show their kids Sepultura so they can see where all that good fucking Soulfly music comes from,” laughs Max.

The singer/guitarist split from Sepultura in 1996, with rumours that the rest of the band, including Iggor, were unhappy with the band’s then-manager Gloria, who happened to be Max’s wife. When the band fired her, Max left too.

“I’ve been playing music with Iggor since we were twelve or thirteen,” says Max.

“We got separated for about ten years and we didn’t speak when I split from Sepultura.

“I love involving family. My son is playing drums for me with Soulfly, my wife is our manager, some of our kids sell merchandise, they do roadie stuff. We’re The Partridge Family of metal.”

If you miss the Cavaleras performing in Perth, there’s a chance they’ll be back in the near future.

“There’s no age limit when it comes to metal. It’s not like sports,” Max says.

“In sports, when you’re 45 you’re done. Look at the Rolling Stones, Black Sabbath and Metallica.

They’ve been around forever and they’re a big inspiration for all of us.”

Max and Iggor Cavalera will perform at the Astor Theatre on Tuesday, September 26.