A GROUP of young migrants from Aranmore Catholic College in Leederville are the stars of a new music video calling for all cultures in Australia to live in harmony.

“Happiness for everyone, walking to the beat of the same drum,” is the chorus of the catchy song, featuring students from the Intensive English Centre at the college.

Filmmaker Poppy van Oorde-Grainger, who helped create the video for Same Drum, says it is a “good antidote” to media myths about migrants and refugees.

“They deserve to be represented honestly, to be able to speak for themselves.” 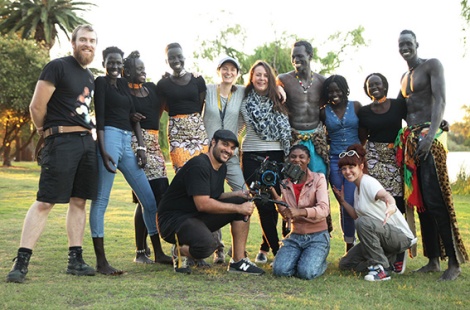 • Some of the young migrants who helped to make Same Drum. Photo supplied

The finished song is in three African languages—Swahili, Dinka and Kinyarwanda—and English.

Frank Mucho, 17, from Rwanda was involved in making the video for Same Drum and says he got “good shivers” the first time he watched it.

“Sometimes people look down on people that don’t speak english but this project gives those kids an opportunity to explore their ideas and talents and break stereotypes,” he says.

Thirty students were involved in filming the music video for Same Drum, which contains snippets of Vincent.

The video will be released on March 15 at the start of Harmony Week.