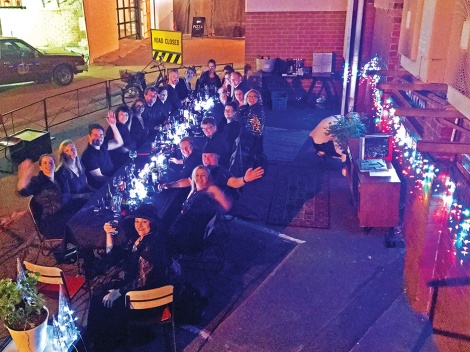 A NEW festival is coming to Maylands town centre early next year.

Bayswater council will hold the Maylands Laneway Festival on Saturday, February 23, from 5.30pm to 9pm, in Lyric Lane just off Eighth Avenue.

Councillor Elli Petersen-Pik says the family-friendly festival “will take place in the evening and include buskers and free children’s entertainment. The plan is also to have some of the local businesses sell their own food as part of the festival”.

Every year Bayswater council assigns each ward $15,000 for events and lets local councillors, in this case Cr Petersen-Pik and Catherine Ehrhardt, have a say on what is held.

Cr Ehrhardt says she’d been keen to see some activation in the laneways for a while and held a toe-in-the-water long table event in Lyric Lane in December to test the waters.

“We want people to start thinking about laneways as more than just vehicle transport – somewhere that’s cool to explore, to get to businesses, and make it really happening so we can utilise every square inch of Maylands and make it just that little bit cooler,” Cr Ehrhardt said.

It’s hoped the festival will include the long-awaited Lyric Lane, a large music venue with a cafe and bar, and live music in the basement. It’s been a few years in the making, but the operators hope to open by the end of the year.

“I think it presents a good opportunity to tidy up the laneways and look into various improvements to revive them, hopefully, for the long term,” said Cr Petersen-Pik.