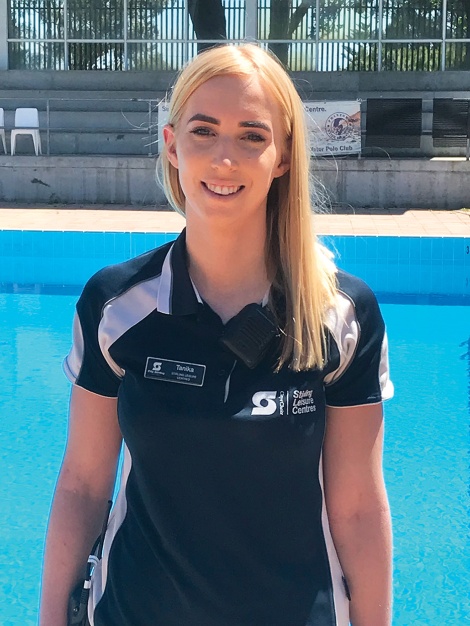 A LIFEGUARD at the Terry Tyzack Aquatic Centre has won a WA Bravery Award.

Tanika Buscombe was on duty at the centre when a man was found unconscious across the road at Wordsworth Reserve.

She rushed across and provided CPR until a St John’s ambulance arrived.

This month, Ms Buscombe was recognised by the Royal Life Saving Society for her efforts at an awards ceremony at King’s Park.

She has been employed by Stirling council for eight years and worked her way up from lifeguard to duty supervisor.

Karl Mallet, from the council’s aquatic services, said he was proud of Ms Buscombe and other staff who had been recognised by the Society.

“These incidents are a timely reminder of the challenging environments the staff at the city’s aquatic facilities work in and the dedicat[ion], responsiveness and professionalism shown by all of the recipients at the most confronting of times is a real credit to the individuals and the broader teams,” he said.