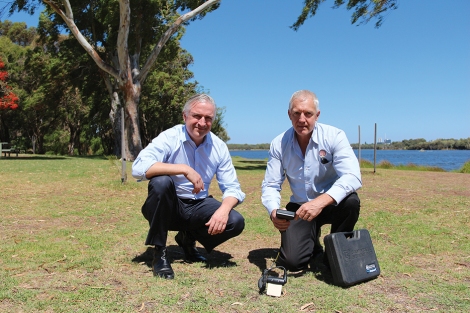 THE City of Perth has been ranked third bottom in a survey of how councils protect their waterways, while neighbours Bayswater and Vincent were joint first.

The 2018 survey, carried out by the independent South East Regional Centre for Urban Landcare, gave Perth council a “best management practice” score of 44 per cent.

SERCUL notes that “the Swan and Canning River systems, and many wetlands, are suffering from regular, sometimes toxic, algal blooms.”

The blooms are caused by excess nutrients, phosphorous and nitrogen entering the river, and SERCUL says councils need to carefully manage their use of fertiliser on turf and monitor the impact of new developments.

In the four categories related to development control, the City of Perth got red marks for the past five years, including failing to do enough to impose river-friendly conditions and monitoring compliance.

With big grassy areas leading straight to the river, the City of Perth was also deemed unsatisfactory for using too much fertiliser in foreshore areas.

Only the Town of Cottesloe, with 37 per cent, and Nedlands with 43 per cent, scored worse.

A total of 22 councils along the river took part in the survey, which SERCUL has been running for 18 years.

Vincent and Bayswater councils had equal top scores of 72 per cent, indicating best management practice in most areas.

Vincent doesn’t use fertiliser on foreshore reserves and parks, and scored strongly when it came to keeping developers in check.

Bayswater council hasn’t used fertiliser in foreshore areas since 2016, and likewise imposed tough conditions on developers to prevent nutrients getting into the water. They got top marks for water quality monitoring and educating locals about the environment.

He says Baysy includes a 10km stretch of the Swan River with many sensitive wetlands, and 188 parks, ovals and public open spaces.

“We know that our parks, gardens and open spaces are one of the top reasons people love living in the City of Bayswater, and we’re conscious of our responsibility to maintain the amenity of these spaces while minimising our impact on the environment.

“Fortunately, the city has been an early adopter of smart technology to help us monitor and manage our use of water and fertilisers. We’re using a satellite monitoring irrigation scheduling system that allows staff to operate sprinklers remotely, and know exactly how much and when watering is required to optimise the health of our green spaces, while avoiding wastage.”

“We’re also carrying out regular soil and leaf tissue analysis to ensure we’re using just the right amount of nutrients required to keep the grass healthy, without over fertilising.”

Bayswater, whose “Garden City” moniker was once an ironic joke, has been on a green roll lately, having won awards for the Eric Singleton Bird Sanctuary.

The council also plans to transform three more drainage areas into living streams, like its project at Russell Street Park.