AFTER 47 years of vinyl ecstasy, 78 Records in Perth is closing down

The record shop opened in 1971 in the Padbury Building on Forrest Place, and quickly became an integral part of Perth’s music scene, attracting record enthusiasts from across the state.

This week 78’s boss Andrew “Fang” de Lang posted on Facebook that he would be pulling down the shutters for the last time on March 3.

“This decision is due to the current economic and retail climate, with a substantial increase in streaming services at the expense of physical products. 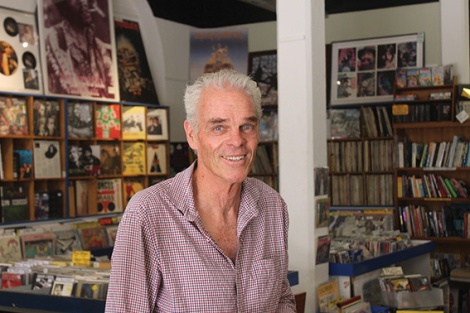 “We thank all our customers, past and present, for their patronage; indeed we have enjoyed those 47 years of commitment and devotion to the cause of music.

“It has been a pleasure to have played a considerable and significant part in the WA music retail industry since 1971.”

In recent years vinyl has enjoyed a renaissance with a whole new generation enjoying 180-gram reissues and hoary parents getting back into LPs after their kids leave home.

Fremantle still has three record stores including The Record Finder on High Street.

“I feel very sorry with what’s happening to 78s” says owner Mark Lahogue, who has been in the record trade for more than 30 years.

He says despite 78’s closure, the future of vinyl is looking bright.

“Vinyl is definitely growing. It was the biggest growth industry in America a few years ago.

“I’m always having to get more and more stock to cover the demand.”

Mr Lahogue says good customer service and lots of variety is the key to running a successful record shop.

“You’ve got to have everything: you’ve got to cater to all niches of music. It’s not just rock. Not everyone’s into head banging music.”

If you fancy grabbing a vinyl bargain before 78 Records closes, head over to its store at 255 Murray Street.