THE fate of the proposed Inglewood Woolies was due to be decided by the Development Assessment Panel this Friday (April 5), with members being urged by Stirling council to approve the development.

The supermarket complex is to be located on the old Bunnings site on Beaufort Street, and will include basement and ground floor car parks, a supermarket and liquor store on the first floor, and a cafe on the strip.

Woolies initially copped flak from locals over the building’s faux art deco design, so it came up with a revised version that was backed by Stirling councillors at their March 26 council meeting. 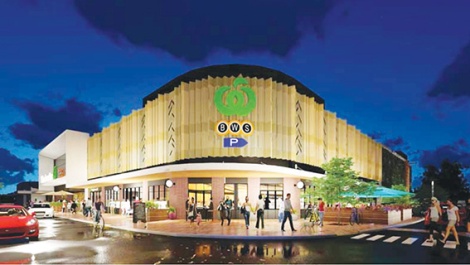 Only councillor Joe Ferrante voted against the proposal.

Woolworths carried out their own consultation at the Inglewood Night Markets, where 79 per cent of participants said they were either “supportive” or “very supportive” of the revamped design.

The Mount Lawley Society, which champions heritage protection in the area, was no fan of the first version.

Ahead of Friday’s decision, Society president Paul Collins told us they still had legitimate concerns about the redesign and would be fronting the DAP meeting to present their case.

Woolies’ planners Rowe Group initially told council they shouldn’t have to pay a “per cent for art” contribution as the building was so aesthetically pleasing.

But that’s a moot point if it’s dealt with by Friday, as Stirling council is not due to finalise their per cent for art policy until later in the year.

We’ll update our story at perthvoiceinteractive.com when the decision is known.