THE hair’s a little thinner and the beard grey-as, but Australian jazz veteran Vince Jones says you’re never too old to learn.

With a 40-year career, 18 albums (including best-of and live releases) and an ARIA for Best Jazz Album (2016) under his belt, Jones has had a life-time of well-earned accolades.

In early October, Jones will be traveling to Perth to play alongside The Heavy Hitters.

Originally from Scotland, the trumpeting singer immigrated to Wollongong when he was a child and moved to Melbourne to further his musical career aged 20.

Now with his own two daughters, Jones says he recognises a similar enthusiasm for music in his own children.

“You can see it on their face, they go into a state, their eyes roll back; a bit like when I was a kid.

“I still learn and listen and transcribe, every day I’m doing something to develop my ear and my knowledge of music. It’s a lifelong pursuit.

“The human brain is amazing; it’s an extraordinary machine between our ears.”

Vince Jones and The Heavy Hitters will be playing the Ellington Jazz Club on October 4 and 5.

Muscling up to IBM

RESEARCHERS at Murdoch University have launched a new study to tackle a condition that’s one of the biggest villains when it comes to robbing seniors of their mobility and independence.

Prof Needham says many people are diagnosed when it’s too late for effective treatment, so she and Dr Coudert are searching for more accurate, non-invasive ways to diagnose the condition earlier.

They are examining a combination of genes commonly found in IBM sufferers, believing they might be associated with the antibodies that trigger symptoms.

“About one third of patients produce antibodies that recognise an enzyme which is abundant in muscles,” Dr Coudert said.

“Previous studies have shown these antibodies trigger IBM-like symptoms, suggesting that they may contribute to the muscle damage.”

Prof Needham and Dr Coudert aim to develop new diagnostic tools and even hope that they’ll be able to predict where IBM is going to hit before it’s taken hold.

Once the gene is fully understood, they aim to produce a small DNA molecule to block the antibody activity to see whether these neutralising molecules can alleviate or even prevent the disease. 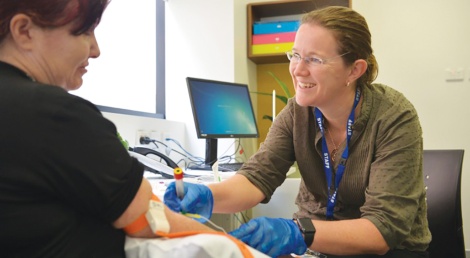 THERE’S still time to nominate your WA Senior of the Year with entires closing on Friday October 4.

Last year the lifetime achievement award went to Inglewood butcher Vince “The prince of flesh” Garreffa, who was recognised for his multimillion dollar fund-raising efforts for Lifeline WA.

Mr Garreffa dedicates more than half of his time to fundraising for the organisation and has raised an incredible $3 million.

For 21 years he has held an annual charity brunch in his backyard, with last year’s raising more than $400,000.

Seniors and ageing minister Mick Murray says the awards help break down the stigma of seniors not contributing much to society.

“The WA Seniors Awards shine a light on so many wonderful contributions made by older Western Australians and play an important role in breaking down negative stereotypes about older people,” he says.

“Whether they contribute their time through volunteering, charity work, long-running service to an organisation, or another avenue, there are so many seniors doing great things around the state.

Other awards categories are age friendly business of the year and age friendly local government of the year, which was won by Fremantle council last year for having a dedicated positive ageing officer and senior-friendly initiatives.

The WA Seniors Awards is run by Council on the Ageing (WA), and the winners will be announced on November 16 during Seniors Week.

For more information and to nominate an outstanding senior, visit http://www.cotawa.org.au. 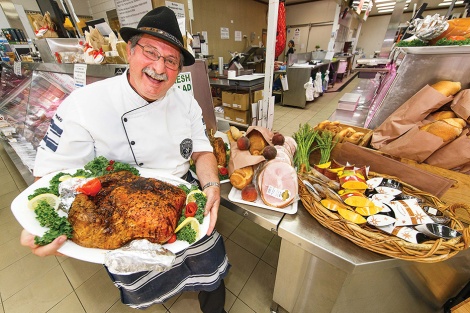 Dive in to the show

DIVING pigs and dairy cattle judging are just some of the old-school delights seniors can enjoy at this year’s Perth Royal Show for half-price.

From 9am-5pm on Friday October 4, half-price seniors tickets are available at the gate, and if you want to take the grandkids along, Thursday October 3 is half-price kids day.

There’s plenty of stalls and events to keep everyone happy including cuddle-a-cavy, working blacksmiths, sheep dog demonstrations, a magical winter wonderland, woodturners and of course the unforgettable racing and diving pigs.

The Perth Royal Show is on September 28-October 5 at the Claremont Showground.metres.

Ever seen a pig dive? Now you can. Watch the performing piggies dive off a diving board into a diving tank.

Show rules do not permit any money exchanging hands, but you will be all a-flutter as you cheer on a highly-trained porker.

You will want to stay for the finale, when two of the piggy contestants climb 2.5 metres and dive into a pool.

DockDogs is a water sport for dogs that sees them leap off a platform into a pool after a floatable toy.

Watch pooches soar through the air into a 100,000 litre pool of water from a 10 metre dock, achieving jumps of up to nine