GUI SHU explores the cultures of Taiwan and Australia through reflective dance and music.

Perth’s Sally Richardson was inspired to create the show after a four-month creative residency in Taipei, but it’s taken four years for the writer/director/producer to bring her idea to fruition.

“This creative process of exchange and collaboration has been a journey that I could never have anticipated when it first began,” she says.

Several return trips to Taiwan culminated in an original dance, music and video production, examining the themes of difference and belonging.

“The work is about the journey and the effect of being a woman in our two different spaces, and the meeting point in between,” Richardson says.

“I think people will enjoy the combination of elements of dance and vision.” 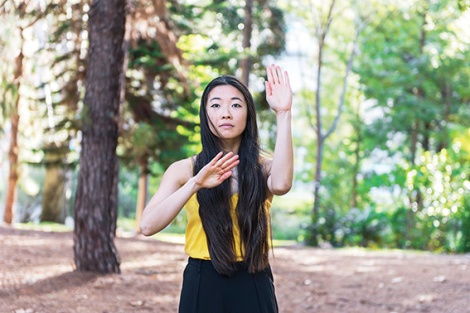 The show also includes a fascinating video installation, which documents the tricky creative process in both countries. “This ambitious project has evolved from deep relationship building, and we are fortunate to now open this story and experience to audiences,” PICA producer Tim Carter says.

Gui Shu (Belong) –commemorating Perth and Taipei being sister cities for 20 years – is at PICA in Northbridge from November 12-16.