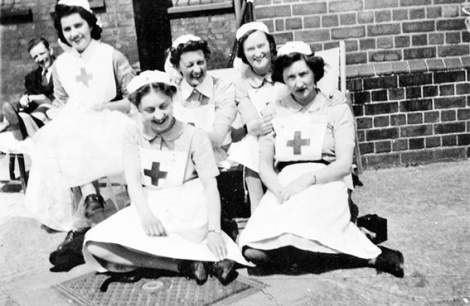 A RARE bravery medal awarded to a nurse during World War II was stolen from a Dianella home on Tuesday November 12.

The British Empire Medal (military division) was awarded to Voluntary Aid Detachment nurse Fay Caplan in 1942, one of eight medals she received for her service in Australian and England and was for “bravery and devotion to duty during an enemy air attack”.

Her grandson James Fenning was given the three medals she received for her British service, all of which disappeared during the daytime heist on his Homer Street home.

Mr Fenning says few military bravery medals were awarded to women during the war, which made his grandmother’s special.

“The medals would hold little value to the thieves,” he says.

“They would be [a] few dollars worth for them but means the world to me and my family.”

Mr Fenning believes the medals were presented to his grandmother and three of her colleagues at Buckingham Palace, though the UK Government Gazette reported a few days after the ceremony that it was at St James Palace.

A newspaper article from December 2, 1942 says Ms Caplan and three other nurses “risked their lives to get patients from the wreckage of their bombed hospital”.

“Miss Caplin [sic] and Miss Wylie, who received minor injuries, worked on till every patient was moved to safety; then with others they helped to salvage valuable medical apparatus,” the article reported.

The Voice tracked down a photograph of Ms Caplan from the Government Gazette, which Mr Fenning said was the first image he’d seen of his grandmother.

“Unfortunately it has been lost in my possession and I feel angry and unfortunate I might never get it back,” he says.

“It’s unfortunate my three kids might never get to see it or be able to pass it down.”