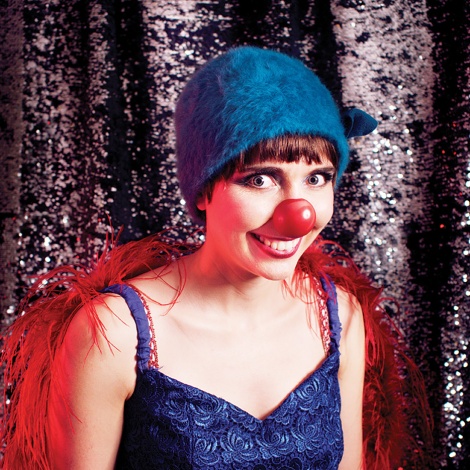 ELIZABETH DAVIE’S new show Apex Predator is a dark comedy that draws on her experience of an abusive relationship.

The show explores violence against women, how women feel in public places, vulnerability and power.

“I bring the personal and political together in my show,” says Davie, a stand-up comic who won the best comedy award at last year’s Fringe World.

“The show is a ludicrous exploration of what it would be like to be safe and powerful, to not be in danger.

“In society there’s a bit of a split between women being vulnerable and women being powerful. To feel powerful, you can’t express your vulnerability

“ I want to step outside that dynamic – what would it be like if you could be powerful, safe and vulnerable.

“I think anyone interested in the issue of violence against women would enjoy it, or get something out of it. I am a feminist comedian. My previous show was about the gender super gap.”

Over the past four years Ms Davie has been studying to be a clown.

“A lot of clowning is about expressing your vulnerability…clowning is being willing to be stupid and vulnerable with an audience. It’s also an amazing freedom to be a clown; you can play with both vulnerability and power at work”.

“Making it was very therapeutic, but it is a comedy”, she stresses.

“My first aim is to make people laugh. I hope that it might provoke discussion…you can kind of say things when you get people laughing.

“They’re listening and it can make things a bit lighter to talk about them with humour”.

One dollar from each ticket sold will be donated to Starick, an organisation helping women and children suffering from domestic and family violence in Perth.

Apex Predator is on until February 2 at The Black Flamingo in The Ice Cream Factory, Northbridge.