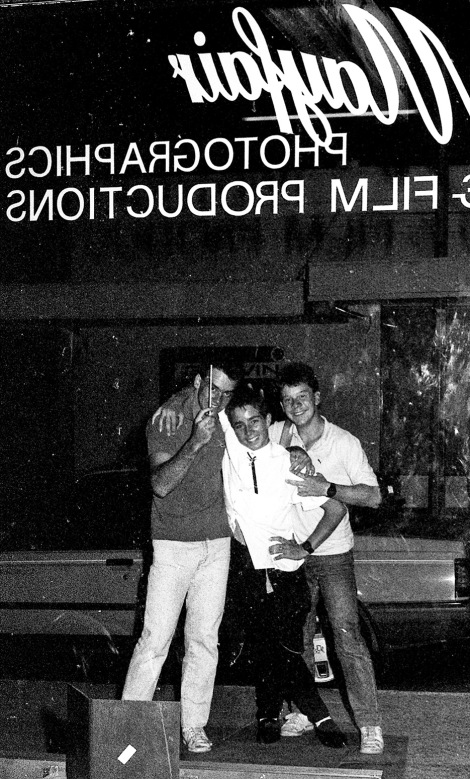 A PHOTOGRAPHIC time capsule captures a snapshot of Northbridge street life from one night in 1983.

Artist Andrew McDonald is known by many for curating “The Worst of Perth” blog from 2007 to 2017, a loving repository of our bland, underwhelming, or cliched cultural phenomena.

But long before the first post he was a photographer working at Mayfair Photographics Studio, housed in Rechabites Hall on William Street.

McDonald lived in the basement that year. After finishing a 12-hour job photographing an Italian wedding, he returned home one hot night and sat by the window with a beer in hand and armed with a studio Nikon.

He photographed passers by, some subjects unaware of his lens, others performing for the camera and pressing their noses against the glass.

There was only one angry subject, McDonald recalls: “The guy with the cast … everyone else is really happy, people are kissing the glass. He was the only one who wasn’t that keen.”

The man threatened to smash the hall’s window to get to McDonald: “I really want to know how he broke his arm.”

He says Northbridge was charmingly old-fashioned, but already changing. Across the road was a plumbing supply store, and nearby The Great Western (now the Brass Monkey Hotel) was still largely a working man’s pub.

The era marked the estuary of immigration as businesses and restaurants established by the Italians still predominated, but the mix was shifting towards Vietnamese refugees who’d recently been welcomed.

More than 36 years after that night in the window, McDonald’s images are on display in the same building during Fringe as part of the Displaced Souls exhibition.

McDonald’s also taking new photos from the same spot. He says the area’s changed, but the faces of the people enjoying a night out in Northbridge are still familiar: The playful performers, the contemplative smokers and the lone wanderers.

“The area still has that slightly rough, slightly risky sort of feel that all great entertainment precincts around the world have where at once it’s fun, but there’s something hiding behind it as well.”

Displaced Souls is at The Rechabite, 224 William Street from 4pm to midnight until February 16.

An online gallery is at ahcmcdonald.com/224williamstreet