A West Perth resident ordered to remove his solar panels after a strata stoush says the experience should be a warning to others wanting to do their bit for the environment.

“How many people are going to be buying [a townhouse] if you can’t have panels on the roof?” Steve Dermott said after the order.

“You’re letting aesthetics get in the way of progress. When you think about your carbon footprint, the mind boggles.

“I was unaware that you’d need permission anyway to put things on the bloody roof,” he says of his $4000 array of panels.

Mr McDermott installed them two years ago, but 18 months later a neighbour took umbrage and sought through strata management to have them removed. 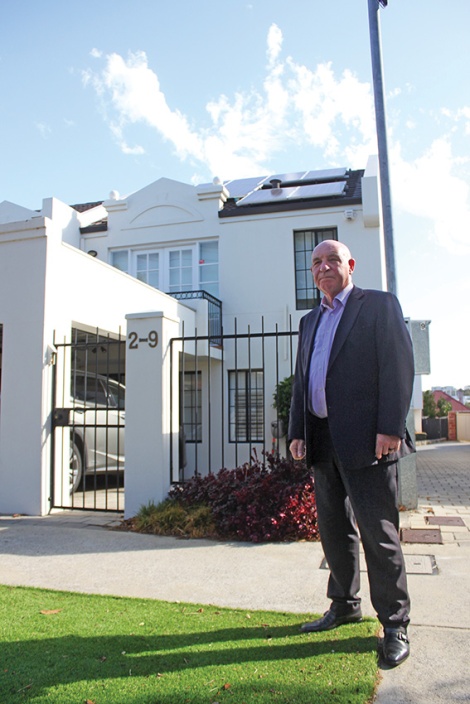 • Steve McDermott’s solar panels were too conspicuous for his neighbour, but not quite conspicuous enough for a good photo. Photo by David Bell

Mr McDermott says he was told “everything’s got to look the same in these townhouse we’re in”.

He and his neighbour attended an emergency general meeting of owners in June last year, but the neighbour stood firm and Mr McDermott was told to remove the panels or find himself in the State Administrative Tribunal.

“One objection was enough,” he says. “I’m flabbergasted really.”

He’d asked for a delay in the decision to give the state government time to implement new strata legislation making it harder for neighbours to hold up solar panels and other green-friendly improvements.

Under the new rules, expected to come into force in the first half of this year, 50 per cent support from owners is enough for “sustainability infrastructure”.