VOICE readers sent in these images of destruction from across the suburbs after Tuesday’s flash storm.

James Kozak was down at Maylands Peninsula the morning after and relates “an endless number of trees lost major branches, and a smaller number of trees were upended”. The Bath Street reserve toilets were damaged and the Maylands Tennis Club had a major tree come down on its roof. 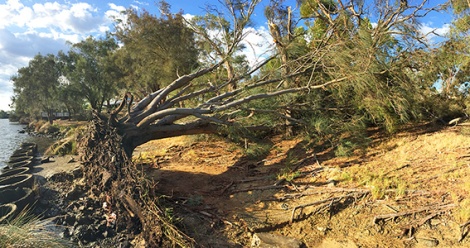 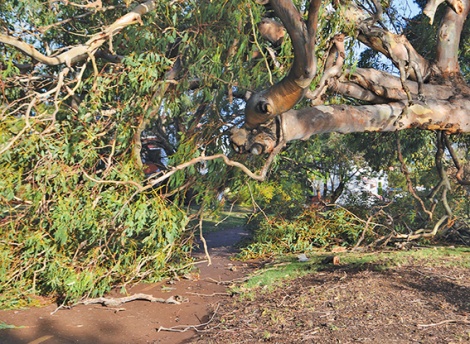 Another reader walking their poodle at Charles Veryard Reserve described the North Perth park as “trashed from that storm; lots of trees down, powerlines down, and a car crushed,” with emergency services quick to the scene. 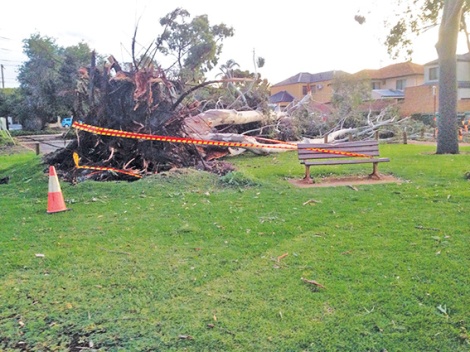 At the corner of Loftus Street and the Mitchell Freeway, it was luck alone (and maybe wind direction) that saw a towering gum fall onto the verge instead of into peak hour traffic. 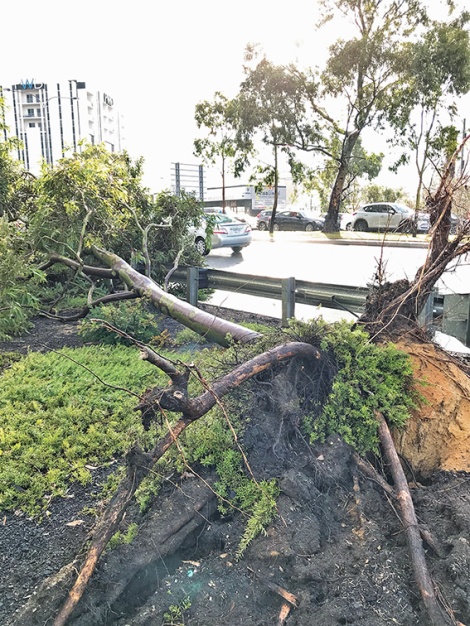