TWO Leederville parks owned by Vincent council will not be sold off, following a unanimous vote by councillors.

At the April 7 meeting councillors pulled the two chunks of public open space at lots 74 and 100 Brentham Street off the table entirely.

They’ll still move ahead with selling two smaller lots, both awkward nubs of land that are probably only useful to the immediate neighbour (150 Charles Street and 202 Vincent Street).

The council’s newly-formed Covid-19 Relief and Recovery Committee will set a minimum price after a real estate agent values the lots, and the money will be quarantined in a reserve until the next budget.

Mayor Emma Cole, who’d flagged ahead of the meeting she wasn’t keen on selling off public open space, said it was worth looking at the council’s landholdings to see if they were being well utilised, but added “it’s a difficult time for councillors to be making decisions around large tracts of land when we’re just starting into a crisis”.

She said reviewing the city’s properties needs to be done “in a way where we bring the community along with us and explain why… and give an opportunity for the community to engage in that”.

The council will now consult on potentially selling a block at 26 Brentham Street, the music house they got in a recent land swap deal with Aranmore Primary School.

The portion of the Barlee Street Carpark that the city owns has also been moved from the “sell now” list to the “ask the public” list, as has the narrow block at 10 Monmouth Street.

Highgate’s Peter Le: “Why is the city selling public open spaces, when the city goes to great lengths to close residents’ streets to create open spaces? I ask councillors to reject or defer the decision in order to get a better understanding of the city’s financial future before making any rash decisions.”

Mt Hawthorn’s Norelle O’Neill: “You have all been granted the privilege of being the custodians, not owners, of the city’s much loved open spaces, so you can protect and nurture them for future generations. Open spaces belong to the community for healing, not profiteering developers. 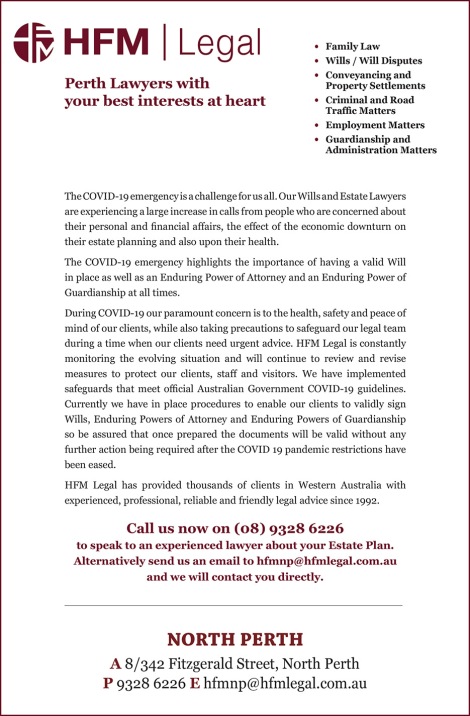