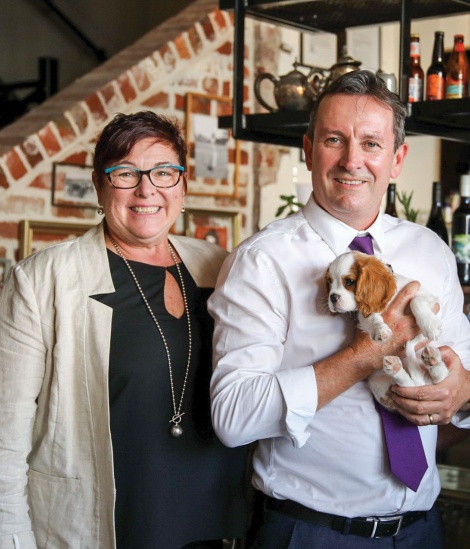 AFTER eight years in the making the “Stop Puppy Farming” bill made it to WA Parliament this week; but it could be a short visit.

Maylands Labor MP Lisa Baker, who chaired the Stop Puppy Farming implementation working group, told Parliament on Tuesday the bill would reduce animal cruelty and the number of dogs being surrendered to councils, where more than half are killed.

But the Opposition, which has the numbers in the Upper House, has said it won’t support the legislation, particularly because of its impact on legitimate pet stores.

Ms Baker said in recent years cruel breeding operations had been uncovered in WA, with some dogs found in dimly-lit underground bunkers with little ventilation.

But Ms Baker said other operations fly under the radar, and the weakness in the current law is that pet shops can source their pups from bad breeders.

“Some WA pet shops have admitted they sell puppies sourced from large commercial puppy-farming establishments in New South Wales and other states, some of which have been investigated for various breaches of local laws and allegations of cruelty. Other pet shops have admitted to purchasing puppies bred in unacceptable conditions in small back yards,” Ms Bakers said.

“By the time puppies are released into the market, they have poor traceability and we cannot find out where they were bred or in what conditions. This makes investigation and identification of cases almost impossible. There is no transparency and no public scrutiny.”

The new bill proposes dog breeding and selling would require approval from a local government. Except for a few exemptions (working dogs or health reasons), all puppies would have to be sterilised.

The legislation creates a “centralised registration system” for every dog in WA so their origins can be traced.

The eight or so pet shops dealing in dogs will be forced to transition to “dog adoption centres” if they want to keep selling dogs. They’ll only be able to source them from a rescue or shelter organisation accredited by the state government. Dogs won’t live their whole puppy lives in shop windows, but will instead be brought in for an “adoption day”.

Some Liberal members balked at the idea of interfering with “good pet shops”.

Riverton MP Mike Nahan said he got his spoodle from a pet shop.

“It is a legitimate business,” he said, adding the greater problem was overproduction of dogs leading to them being in pounds.

But not all Liberals are in lockstep: Dawesville MP Zak Kirkup said he hates pet shops selling animals “I find the practice of pet shops selling puppies to be out of step with modern societal expectation,” Mr Kiy said.