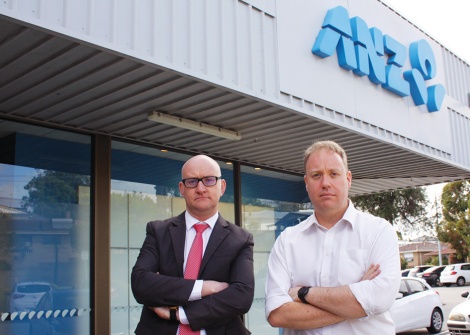 ANZ has closed its branch at Flinders Square in Yokine, leaving customers with a long commute if they need in-person banking.

ANZ temporarily closed many branches across the country as a result of the coronavirus, but has since announced that some branches, like Yokine, will not reopen.

Labor MPs Simon Millman (Mt Lawley) and David Michael (Balcatta) are calling on ANZ to reopen the branch and are collecting signatures for a petition.

Mr Millman says: “It’s a bit of a disappointment that the bank’s made the decision at this time.

“The government’s doing a lot to try to stimulate economic activity, and this bank provides important jobs at the Flinders Square shopping centre.

“They provide an essential service that people rely on; particularly vulnerable sections of the community who have already struggled through the last six months of the coronavirus and now have the added burden of having to travel further afield to access their local banking services.

“The second thing is these branches bring people into our neighbourhood … the banking customers who would have previously gone to this branch and shopped and grabbed a coffee at a local cafe, they’ll be customers lost to this centre.”

ANZ’s district manager for Perth Nadia Tamigi told the Voice: “Our customers don’t use branches like they used to and demand in our contact centres, which manage hardship and other customer enquiries, has grown dramatically at the same time.

“We have needed to redeploy staff from some branches to where our customers need them most.” One of those customer hubs is soon to open in Perth and the staff from the shuttered Yokine branch may head there.

“Not reopening this temporarily closed branch is partly because we believe these changes in customer behaviour are here to stay. While branch use has been declining for some time, the current environment has accelerated the change.”