A pioneering teacher from Scotland brought Stephanie Steinsvaag, Hugh Ross and Alison Robertson together in Perth for the first time in 50 years. 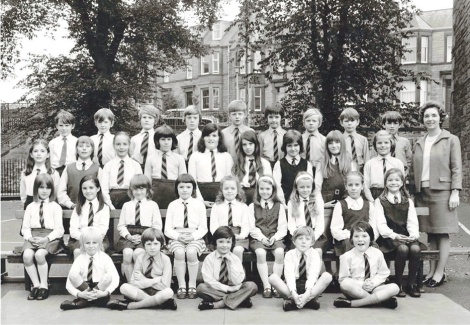 • Ms Lal and one of her classes in Edinburgh.

THREE classmates who once shared the same pioneering primary school teacher back in Scotland 50 years ago were brought together in Perth this week.

Their teacher Saroj Lal, born in Gujranwala (in British India at the time), died in March at age 83. She was one of Scotland’s pioneers on race relations and feminism, working with schools to tackle racist bullying and police to classify, track and address racially-motivated crimes.

But before that she was a school teacher in Edinburgh: “The first black teacher at South Morningside Primary” her son Vineet Lal tells us.

He said his mother would be “the only brown or black face within a very monocultural environment” back in 1970s Scotland.

“When I look at the photographs of the classes she taught, they were exclusively white, except for one child in one class.

“Growing up as an Asian child in Edinburgh in the early 70s, you were acutely aware that your skin colour was different.

“I wasn’t aware my mum going in to become a teacher at that stage was so groundbreaking, that’s a realisation that’s come about in recent years”.

After her death, and with the 50th anniversary of her first class coming up on August 20, he reached out via social media to see if he could find any former students.

Word spread through the grapewire and it turned out three students from her first class had moved to Perth, but had never met up here.

Stephanie Steinsvaag, Hugh Ross and Alison Robertson, who went to primary 3 class together, reconvened after half a century in Kings Park on July 25.

“They finally all met,” Mr Lal tells us via phone from Scotland, saying he was astonished that three from one class had all come here. “It was as if time had slipped away and they were just talking for hours and hours.”

Ms Steinsvaag even had a photo of that first class that Mr Lal hadn’t seen before.

Ms Steinsvaag recalled her teacher as “such a lovely, lovely lady, [who] made a big impression on me as she was so kind”. She told Mr Lal “I was extremely impressed and fairly in awe when I read all that your mum had achieved in her life”.

Mr Lal says it’s been uplifting to see people brought together by the memory of his mum.