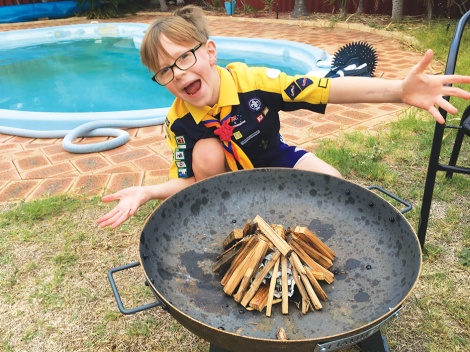 IT’S official – the scouts is good for you.

A new survey has revealed countless benefits to having a woggle, with some of the biggest being resilience, self-confidence and mental wellbeing.

Life skills that are invaluable during the covid-19 pandemic, according to Scouts WA Board chair Greg Higham.

“Everyone needs the ability to stay positive after the devastating bushfires over summer and now the impact of covid-19 on the lives and livelihoods of Australians,” he says.

The survey results collected by Resilient Youth Australia, found that Scouts have an overall better life satisfaction than their peers, and the longer they remained with Scouts, the more resilient they become.

More than 1000 young people participated in the survey, which found that Scouts were more likely to:

• Feel they make a positive contribution to their community than non-Scouts (58.8 to 43.4 per cent)

• Scouts are less likely to report feeling tired or having little energy (79.1 to 67.6 per cent)

Mr Higham believes Scouts were more reliant because they had practical life experience and a better connection with their community.

“The Scout Method includes learning by doing, one of eight key aspects. We empower young people to take the lead and give them a safe space where they can work with others to plan and embark on their own adventures,” he says.

With more than 7000 youth and adult members from various cultural and religious backgrounds, Scouts WA is one of the largest and most successful youth organisations in the state.

After covid-19 social restrictions were imposed, they moved their activities online, altering programs to ensure members can still enjoy scouting activities during their daily life – meaning they learn, have fun and stay connected with their scout buddies.

The street cred of so-called “old fashioned” organisations like the scouts may have dwindled in recent years, but with boys becoming increasingly obsessed with screens at a young age, there has never been a better time for them to join.