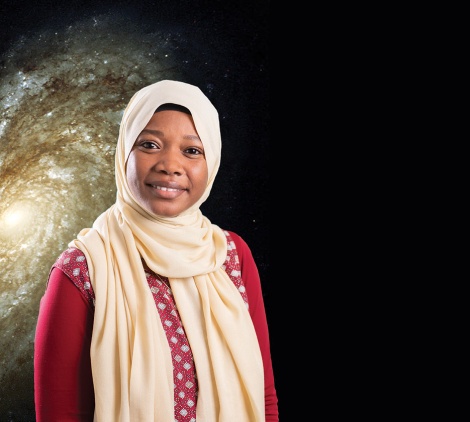 IF a picture is worth a thousand words, how many does a YouTube video tell?

The organisers of a Perth science storytelling competition are hoping it’s a fair few: since Covid-19 has ruled out an in-person awards ceremony, they will be releasing all of the winning submissions online.

Entries were to be based on the work done by one of 10 researchers. Omima Osman, the astrophysicist and Maylands resident who graced the cover of the July 18 issue of the Voice, was one of the 10 (“Dust off your pens”).

The winning monologues – including a monologue based on Ms Osman’s research on ’space dust’ – was due to be released on the ICRAR YouTube channel on Friday. The prize-winning monologues were written by Greg Wah, Kate O’Sullivan, and Rosie Sitorus; two were performed by Susie Conte and Lachlan Stokes.

Viewers won’t regret tuning in, says a spokesperson for Claire Bowen Management, the agency that co-ran the competition.

“Audiences will learn about socks and coffee alongside aliens and the interplay of language and history in Western Australia,” she said.

“Viewers will also witness the millennia of First Nation understanding of the skies and history, which is a key contribution to how humans observe the galaxy and the world around us.”

Not quite your standard YouTube fare of cute animals and people falling off things! Tune in to ICRAR on YouTube .