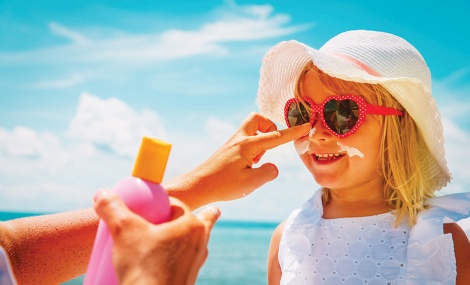 YOU can never be too diligent when it comes to covering up from the sun.

Just ask Shannon Reitinger, a staffer for the WA Cancer Council who was diagnosed with skin cancer aged just 27.

Ms Reitinger was aware that she had an increased risk of getting skin cancer because of her fair skin and family history – her parents both had melanoma.

She used sun protection while growing up, but tended to wear caps which left her ears exposed, rather than hats with a brim.

Recently she noticed a scaly patch on her ear that would not heal.

When attending her regular skin screening appointment several months later, the GP noticed the same patch without being alerted to it. He was surprised at the finding due to Reitinger’s young age.

The diagnosis was an infiltrative basal cell carcinoma.

The lesion was treated with lasers, then removed via surgery. Shannon was then advised to have it checked every three months.

Shannon’s message to other young people is that they are not invincible, and rather than neglecting their skin, they should protect it and pay attention to any changes they see.

Unfortunately Ms Reitinger’s tale is a common one, with two in three Australians diagnosed with skin cancer by the age of 70.

Every four minutes another Australian is diagnosed with the disease, and more than 2000 people in Australia die from it every year. The Cancer Council estimates that Australia spends more than $1 billion per year treating skin cancer, with costs increasing substantially over the past few years.

Surveys show that one in four teenagers between the age of 12-17 get sunburnt on summer weekends.

Ahead of National Skin Cancer Action Week (November 15-21), and the start of summer, Cancer Council WA are encouraging people to be “sun smart” by doing five simple things:

• Slop on SPF30 (or higher) broad-spectrum, water-resistant sunscreen at least 20 minutes before you go outdoors and reapply every two hours afterwards

• Slap on a broad-brim hat to protect your face, head, neck and ears.

• Slide on sunglasses and make sure they meet Australian standards

A combination of the five measures, along with getting to know your skin and regularly checking for any changes, are key.

Australia is the skin cancer capital of the world – it has one of the highest rates of skin cancer in the world, including melanoma and non-melanoma skin cancers.

Every year in Australia skin cancers account for around 80 per cent of all newly diagnosed cancers.