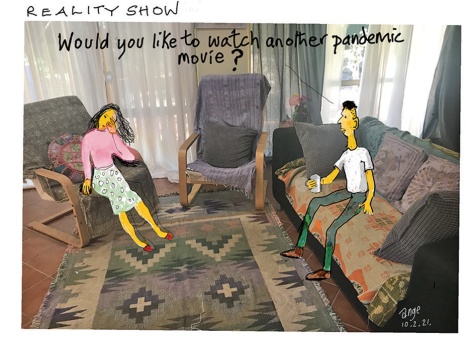 IN response to a motion passed at the recent annual general meeting of electors, mayor Emma Cole explained that Vincent could no longer collect commercial waste because it would cost a lot for the city to gear up to do it, and that private operators could do it more efficiently and cheaper (“Catania backs business over bins,” Voice, February 13, 2021).

The fact that private enterprise can do it better and cheaper is readily understood.

That’s why the city uses a private contractor to pick up recycling – they were 30 per cent cheaper than the city when it went out to tender in 2008.

The fact the city can’t do it cheaply is not the issue. The real issue is that the city didn’t really look at all options when they made the decision to cut businesses adrift.

They looked at a limited range of options and completely ignored the most obvious option which is for the city to act on behalf of their business ratepayers and negotiate a deal with a single service provider, whether that be a private contractor or another local government.

Such a move would save 2,100 businesses having to negotiate 2,100 individual deals, and would see the city negotiating a single deal which would have reduced costs because of economies of scale, and result in more efficient collections.

An obvious inference would be that perhaps the staff felt they did not have the commercial acumen to manage such a deal, or that it may involve too much work. Or perhaps they wanted to protect their ‘zero waste

to landfill by 2028’ target by making it impossible to collect the necessary statistics.

It’s time the council takes a more community-based approach and recognises that the businesses are part of the community – a part that pays rates which I suspect subsidise residential ratepayers.

It’s time for the council to stop just accepting what is dished up by the staff, and start representing the whole community.

It is the survival of the world that is at risk if Covid is not captured in poor countries.

It will linger about the world indiscriminately killing people and economies regardless of race or belief. I call upon those that prosper to THINK (use your intelligence) why they must come first for Covid vaccine.

Intelligence has no language but is the very heart of being human.