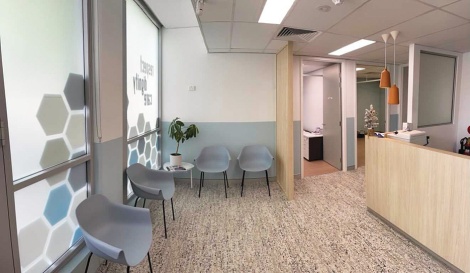 • Dressed up with nowhere to go: the Deen Clinic targets some of the state’s most vulnerable people, but can’t find a GP.

A BULK-BILLED nonprofit medical clinic in central Perth has been unable to open its doors due to WA’s shortage of doctors.

The Deen Clinic, founded and run by HepatitisWA, has had to push back plans to provide primary health care to Perth’s most vulnerable residents because it can’t find a GP.

Deen Clinic CEO Brent Bell says “a homeless-friendly primary health clinic like this has been needed in Perth for a long time, so we decided that we would expand our hepatitis clinical services and start it ourselves”.

The transition was a natural one, since hepatitis – and especially hep C, which is translated through blood-to-blood contact –is a disease that disproportionately effects vulnerable populations, and especially drug users.

Outreach programs like clean needle distribution and prison hepatitis screenings led by HepWA have allowed the organisation to form trust with the community it serves.

Hepatitis WA clinical services manager Angela Crawford explained: “They come to us for food, and we give them food and water and condoms and toothbrushes, all that.

Through that relationship, we are able to offer some kind of primary health care as well.”

The clinic has been operating on the very limited schedule of a half day per week for about two years, allowing staff to become acquainted with some of the barriers clients face to accessing care.

“A lot of these guys don’t have GPs. They’ll go to hospital only when they’re really, really unwell, often septic… They’re discharged as soon as they can and there’s no follow-up because nobody knows where they are.”

Left untreated, hepatitis can cause liver conditions like cancer and cirrhosis, but recent advances in medicines have made the virus much easier to treat, and the disease is now curable in 95 per cent of those who seek treatment.

Ms Crawford says one of the biggest reasons a person with hepatitis might have for avoiding the GP is the stigma they often experience there.

She recalls treating older patients who say they have never hugged their grandchildren for fear of infecting them. Since hepatitis B and C can’t be passed on this way, instances like these have to do with both stigma and lack of literacy around the disease.

The Deen Clinic was founded on a principle of absolute non-judgement.

Ms Crawford credits this in part to the backgrounds of Deen Clinic Staff, who she says come from a range of experiences that have given them “an affinity for the vulnerable”.

“We’re all a bit quirky,” she says, “and we can usually identify with them.

Patients may also feel rushed by traditional doctors, says Ms Crawford, who has a background in psychology. This can be stressful since “they’ve got a lot of other stuff going on in their heads”.

She says many GPs try to turn over patients quickly to make more money, and hepatitis B and C are both chronic conditions that take time to treat. Since there aren’t a lot of places willing to treat these clients, they can often wait for months or even years to see a doctor.

“We want to offer people this reduction in barriers, this non-stigma, accepting environment where, okay, it might take 20 minutes, because they’ve got a lot to tell you, or they’ve got really complex health issues.”

By taking the time to understand them, the clinic hopes to reinforce the message that their clients are worth it, that they deserve to be healthy and safe.

The Deen Clinic urges GPs who are interested in working with them to call 08 9227 9800, so that they are able to fully open.

“It takes a special person to work in community services, where you see some really, really bad stuff,” says Ms Crawford. “And, you know, it’s not about making money, it’s about making a difference.”