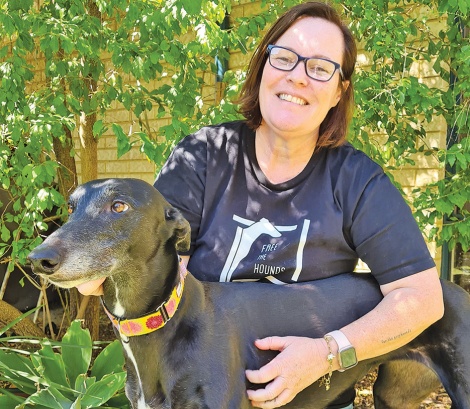 THE recent WA heatwave has been tough on everyone, but many West Australians would be unaware of the impact the weather has had on the racetracks that our greyhounds run on at Cannington and Mandurah.

As long periods of high maximum temperatures persist, the track surfaces dry out to dangerous levels.

In the first two months of 2022, 15 dogs have broken legs, while the same time last year, the total was six.

Sadly, two greyhounds were euthanised due to injuries sustained in the Mandurah catching pen.

All this comes as no surprise to Free the Hounds (FTH), a Perth-based greyhound welfare advocacy group.

Racing and Wagering WA (RWWA) have had access to reports from the University of Technology Sydney (UTS), from as early as August 2020.

UTS said that both tracks needed repairs to meet racing standards, yet nothing was done.

Here are just some of the recommendations from the UTS report:

Here are just some of the recommendations from the UTS report:

• re-grade Cannington and Mandurah tracks to smooth the surface;

• increase the width of the Cannington track catching pen when the track is renovated;

• widen the entrances to catching pens;

• improve the catching pens at Mandurah and Cannington to allow better entry, for a safe stopping distance and to reduce the likelihood of interference between greyhounds; and,

• the Mandurah track sand surface was dry and hard, the harrowing practice infrequent and the watering management inappropriate.

Just imagine what these tracks are like now after the Perth heatwave – yet racing has continued despite the worsening carnage.

FTH has long been advocating for greyhound racing to end in this state, yet our government continues to turn a blind eye.

No matter how many welfare words they say or figures they cherry pick, it will never be safe for the dogs to race.

RWWA, the government agency controlling greyhound racing, recently set up a website purely to showcase their welfare initiatives – “We Are Animal People”.

However, in stark contrast to this, their Welfare Committee only met three times during FY2020-21 and not at all during FY2019-20, as we discovered via Freedom of Information.

Most tellingly, Cannington has earned second place nationally for track-related injuries suffered by racing greyhounds in 2021, according to the yearly report Lethal Tracks, just released by the Coalition for Protection of Greyhounds.

FTH is calling on the Labor government to phase out this cruel sport, or at the very minimum for RWWA to halt racing and start track upgrades immediately.

To do anything less will simply confirm two things: that RWWA is not comprised of ‘animal people’ and the government cares more for money than animals, despite having a strong mandate to make sweeping improvements and a voting public that all research shows are keen to see animal welfare improve.